Ever since the introduction of smartphone displays with higher refresh rates, hardcore gamers have been insisting on game developers to add the 90 FPS support.

Famous gaming publications have already made the transition and now allow eligible smartphones to support higher refresh rates while playing.

Even though it is now possible to play games at 90 FPS, there’s no way to tell if the game is actually running at the desired FPS.

There may be some third-party applications but their accuracy remains a question. The best option would be to have this feature offered by the OEM directly.

A big number of users have long been keen on getting a feature that would reflect the real-time FPS while playing games.

An FPS meter is something that has been demanded by a lot of OnePlus users in the past and looking at the high volumes, OnePlus has finally agreed to provide the feature.

It is the OnePlus 8, 8 Pro & 8T that have received an FPS meter via the recent Open Beta 9 and 3 updates respectively.

This option appears upon launching the game and heading towards the gaming tool to find the option of ‘monitor data’.

When the option is clicked on, an FPS meter along with CPU and GPU usage meters pop up.

This serves as a piece of good news for the folks who have been desiring this feature for a long time.

Now that the OnePlus 8, 8 Pro, and 8T have this feature, at least in beta, it shouldn’t take long to roll it out to more OnePlus devices with future OxygenOS 11 updates.

This feature was initially introduced on the Asus ROG Phone series and now it is making way to the OnePlus devices. We hope more brands will adopt it in the near future.

Here’s a video where this feature has been reviewed. Seek to 3:39 mins to know about it. 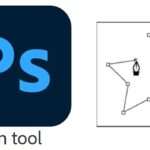 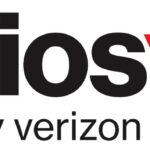 Verizon Fios online streaming not working for some users (authentication error), fix in the works but no ETA