Google Classroom black screen issue when editing PDF files on iPad still lingers on despite fix, as per some users

While a lot of people use Google Classroom, the black screen issue has been preventing some users from editing PDF files on iPad.

As per multiple reports from the Google Support community, iPad users are getting a black screen when editing PDF files on the iPad Google Classroom app.

The issue first came to light in March 2021 and a lot of user reports suggested that it was widespread.

However, Google fixed the said black screen issue in mid-March, as per a Google Support Community Manager.

As per as the latest update, the black screen problem has been fixed. Kindly update your GC.
Source

Are you still having this issue? Google recently rolled out a fix for this, so in theory it shouldn’t be happening anymore.
Source

Also, several users reported that the issue got resolved after updating the iPad app to the latest version.

Now, it seems that the issue is still affecting several users as new reports regarding the same are coming in.

It is, however, unclear whether the issue is still present or not as Google has not mentioned anything on the matter since it got addressed.

It might be possible that the fix might not have been deployed to all affected users which is why new reports are still coming in.

This is still based on our speculation as there have been no official announcements on the matter after the Comunity Manager’s comment.

Nevertheless, feel free to drop a comment below and let us know if you are still facing the black screen issue or not. 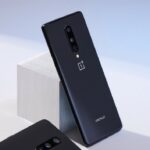 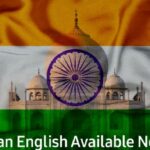