However, macOS users are facing some issues including the Pen Tool bug even after the Adobe Photoshop 22.3.1 update.

The Pen Tool Bug is certainly annoying, but the Work-Around is fairly simple. Still, it is disappointing that it went unfixed with 22.3.1 …

Users started reporting about the Pen Tool bug on macOS after getting the Adobe Photoshop 22.3.0 update.

Now, it seems that the issue is still present after the latest update as recent reports regarding the same are coming in.

Pen Tool allows users to draw paths with the help of anchor and corner points. The said bug is affecting this functionality as users are not getting a path when anchor and corner nodes are specified using Pen Tool.

As per multiple reports, users have been unable to draw using the Pen Tool because of this bug for quite some time now.

While the issue has already been acknowledged by Adobe, it is unclear how long it will take to address it.

This in turn has led macOS users to figure out ways to bypass the Pen Tool problem on their own.

Users have also figured out that creating a Work Path before using Pen Tool restores the functionality back to normal.

Apart from that, users can also try disabling the Use Open CL option from the Advanced section under the Performance/GPU settings in Preferences.

My pen tool was working OK with 22.3 but was broken with 22.3.1
Turning off Use Open CL in Preferences > Performance ? GPU > Advanced fixed it for now, but a whole lot of people are going to pleased when all the GPU related issues are finally fixed!
Source

Having the same issue. You need a ‘work path’ before the pen tool works as intended on other paths.
Source

Hopefully, Adobe resolves the issue and releases a proper fix soon as the workarounds given above are not permanent. 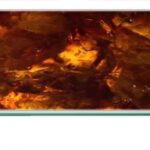