MIUI Optimization is one of those features whose purpose is unknown to most but is still recommended a great deal for some of the most commonly faced problems on MIUI.

Its actual impact is debatable though. Still, there are plenty of reports saying that keeping it off helps tame MIUI’s overly aggressive memory management to some extent. A few users even observed better battery life.

However, turning it off does not come without some drawbacks. After all, it is a part of MIUI and is intended to be kept on at all times.

Some of the drawbacks include certain graphs like the one found under ‘Settings > Data Usage’ switching over to AOSP style. Additionally, it invites some more issues like trouble when attaching files in apps, problems with PiP mode, and more.

Still, the alleged advantages associated with turning MIUI Optimizations off, if true, outweigh the disadvantages. Hence, turning it off is definitely worth a try.

Speaking of which, several users have complained that the MIUI Optimization toggle has gone missing seemingly after the latest MIUI 12.0.7/12.0.5 updates on some devices.

Plz enable the toggle to turn off MIUI optimisations. It needed to be turned off for installation of some applications but the toggle is not in developer options like it used to be. Device: POCO X3 Pro.
Source

Instead of correcting the AOD-Feature and having a workaround with deactivating the MIUI Optimizations, you just hide the option in developer options?! Good job Xiaomi.
Source

Due to this, users are unable to make use of always-on display on the Redmi Note 10 series, install split APKs like YouTube Vanced, and more.

If you are one of those facing this issue, then you will be relieved to know that the MIUI Optimization toggle hasn’t actually been done away with. Rather, it has been hidden.

It’s unknown if the change is actually just a bug or has been implemented deliberately. But what we do know is that there indeed is a method to bring the toggle back.

Turns out the way to bring back the missing MIUI Optimization toggle is rather simple. All you got to do is head over to Developer options and tap on “Reset to default values” a few times.

Following this, you should see MIUI Optimization reappear magically. The “Reset to default values” function will be available near the bottom of the Developer options.

If that doesn’t help, then you may also search up MIUI Optimization on this activity launcher app. 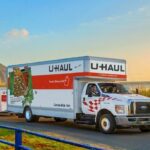 U-Haul website down or not working? Network outage officially acknowledged, but no ETA for fix