Poco doesn’t really have a new flagship-level device (Poco F2 Pro is almost a year old). But if the term is to be used for the most expensive device of a brand, then yeah, the Poco X3 is the company’s current flagship device.

And the device fulfills that flagship tag quite well with its extreme specs. It comes with a hefty 6000 mAh battery, 120Hz display, 240Hz touch sampling rate, Snapdragon 732G, liquid cooling system, and more.

Unfortunately, we are not here to discuss the Poco X3’s spec sheet and remarkable capabilities. Instead, we will be focusing on its shortcomings for once.

When i updated my new poco x3 version 12.0.5 internet is very slow and YouTube is not working properly.
Source

As clear from above, there has been a slew of complaints from Poco X3 users regarding network connectivity issues. Users report that their network signal stays unusually weak/low at most times.

This is regardless of their location as many have reported that the device displays just one or two bars in the network icon on the status bar even if they are downtown.

And no, the network strength isn’t being displayed incorrectly on the device. This is because of the fact that the weak network connectivity is coupled with frustratingly slow internet speeds and even call drops. Moreover, many have also observed that their network strength keeps fluctuating wildly. At times, it goes all the way to the max. On others, it drops to just a single bar.

Furthermore, the issue is only limited to 4G connectivity as there have been no reports to indicate that Wi-Fi performance has suffered as well.

That said, the good news is that the network issues on the Poco X3 have been acknowledged by none other than Alvin Tse, GM at Xiaomi Indonesia, himself. As it is, the matter has been escalated and Poco will look into it.

From this, one can expect the fix to roll out through a future software update.

Speaking of software updates, the Poco X3 is of course eligible for both MIUI 12.5 and Android 11. And the latter is expected to roll out for it pretty soon.

Also, the device’s older sibling — the Poco X2 — has already bagged Android 11. Hence, the Poco X3 should be the next in line. Keep an eye on its status through our Poco Android 11 update tracker.

10:34 pm (IST): A Xiaomi executive has now confirmed that the issue is being looked into by the developers. Slow progress but at least there’s something.

03:52 pm (IST): The same Xiaomi executive has now confirmed that ‘field testing’ is currently underway for a bug-fixing update for the network issues on the Poco X3. It should roll out in a month or two.

It will take some time and again the field testing is happening in Indonesia, will be a month or two before any update.
Source

02:35 pm (IST): The Poco X3 network issues have reportedly been fixed with the Android 11 update, although we aren’t exactly sure of that.

My problem was solved with the latest Android 11 update and now network is working fine.
Source 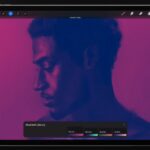