Google’s photo storage and sharing service, Google Photos, is used by hundreds of millions of people across the globe.

However, users have been finding it difficult to download their photos and albums from Google Photos due to an issue.

As per recent reports from the Google Support community, users are getting “Download error” while downloading their photos or albums from Google Photos.

Since users are facing this issue across multiple platforms, it is unclear what the exact cause of the problem is.

Also, Google has not yet made any announcements on the matter but the issue might get addressed soon.

This is because a Google Support community Product Expert has said that the issue will be escalated to Google.

It is, however, not known whether the issue has indeed been escalated or if Google is working on a fix.

Nevertheless, users are trying to figure out a way to bypass the Google Photos download error on their own.

As per a user report, opening the Google Photos album link in the Google Chrome app gives the Download all option which seems to be working.

Moreover, another user report outlines that Google Photos is downloading albums (photos) up to 2 GB in size.

This might be why users are getting the error as their albums might contain files that are over 2 GB in size.

Apart from that, several reports suggest that those who are able to successfully download photos or albums are unable to view them.

It might be possible that both issues are related, however, nothing can be said for sure until Google makes an official announcement regarding this issue.

Hopefully, the tech giant takes appropriate actions soon as a lot of users are affected because of this issue. 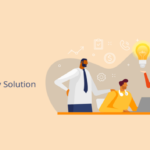