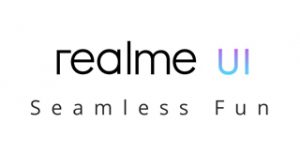 IST 06:25 pm As per an alleged screenshot of a conversation between a user and Realme support, the Open Beta program will go live this week for the Realme X2 Pro. Further, the device will get the stable update by the end of March. Check out all the details here.

IST 12:50 pm Realme has reportedly released the third beta update for the Realme 6 Pro to users in India. The C.11 update brings a bunch of fixes to the device. We’ve shared the changelog below:

Realme 7 users who have registered for the Realme UI 2.0 Early Access program are also getting the second beta update. The update is available as version C.03 and brings a few fixes and optimizations as per a report.

10:05 am (IST): Realme has now begun rolling out the third beta update to Realme X2 Pro users who registered for the Early Access program. The update bears the software version F.06 and weighs 536 MB. The changelog has been shared below:

Bluetooth
– Fixed the issue that Bluetooth will be automatically disconnected when dual headphones are turned on to play music at the same time.
Camera
– Fixed the probabilistic issue that the 3-finger screenshot fails after continuous shooting with a 64M camera.

12:20 pm (IST): It appears that Realme has opened up the Realme UI 2.0 Early Access registrations once again for the Realme 7 as per a few user reports (1, 2, 3). Those who successfully register to the program should get the update soon.

IST 11:50 am: 3 months after the early access program, Realme has opened up the Android 11 Open Beta application for the Realme 6 Pro. More information on that here.

IST 11:50 am: Realme 7 users from the Android 11 Early Access program have an update with version C.04 lying in their update centers. The update weighs 729 MB which means there could be multiple additions and optimizations.

IST 09:14 pm: Realme X2 Pro Android 11 Public Beta is rolling out specifically to Chinese units. The company is also rolling out a downgrade package for those who wish to rollback. Head here to read more.

IST 10:49 am: Good news for Realme 7 device owners as they woke up to an Android 11 Open Beta this morning. The application invites users to try the latest Realme UI 2.0 update. Head here to know more.

IST 12:10 pm: After releasing a stable Android 11 update for a couple of devices in China, Realme has now turned to Realme X2 Pro. Users in China are reporting about the stable rollout. Find out more here.

IST 12:40 pm: No sign of the stable update for the Indian Realme X2 Pro units as a mere Android 11 beta F.08 update with improvements is rolling out.

Next article Google Meet unknown sender: Here’s how to prevent strangers from joining your online meeting & track them