Along with the announcement of the OnePlus 9 series of devices, the company’s 2021 flagship devices, OnePlus took the wraps off its smart wearable, the OnePlus Watch.

This smartwatch made headlines for ditching Google’s WearOS platform that is the norm for many smartwatches from Android OEMs in favor of its own in-house RTOS (real-time operating system).

Along with this, we saw very impressive battery-life claims from this smartwatch, making it one of the most compelling offers for anyone in the market for such a device.

However, there is one bottleneck for these users as the device isn’t exactly available widely. Currently, only users in China can get their hands on the OnePlus Watch. For such a compelling package, it is understandable that a bunch of users went through the hurdles of acquiring their units for use in the global market.

Shock on these users as it turned out that they were unable to make use of their flashy new wearable as they were stuck, unable to pair to their devices.

Why my HeyTap Health app don’t have scanner for QR code.no scanner i can’t pair with oneplus smartwatch.manage can add device only.
Source

While it may be released in China, it’s not available in the global market. The OnePlus Watch requires a yet-to-be-released OnePlus Health version for it to work globally. I’d suggest you to wait until the watch is released globally to try to see if you’re able to use it.

Still, it may be the case that the Chinese version of the watch does not work with the global software.
Source

Well as it turns out, the currently available OnePlus Watches are only sold in China, and for good reason.

Apparently, the China variants of the OnePlus Watch might not be the same as the ones meant for the global market. This, as OnePlus also needs to push out a complementary OnePlus Health app.

This is a pretty unfortunate turn of events for users who already acquired their OnePlus Watches from China. We can only hope that when the OnePlus Health app is released, their units get support.

For now, anyone else in the market for the OnePlus Watch might want to put a pin on that, at least until OnePlus rolls out the OnePlus Health app or starts selling them officially to global users. 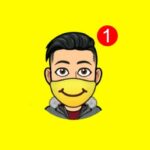 Wondering how to get rid of Bitmoji on Snapchat notifications? Here's how to turn off the feature