OnePlus acknowledges 'YouTube pause button not working' on OnePlus 9 Pro, a fix in the works

OnePlus recently revealed the OnePlus 9 series of devices, its 2021 flagships, and these devices have been steadily rolling out to users over the past week or so.

The global variants of the OnePlus 9 and OnePlus 9 Pro run on OxygenOS 11, the same firmware whose rollout to older devices like OnePlus 7 and OnePlus 8 proved a little problematic.

We have already seen these devices bag a few preliminary updates set to fix a few issues and improve the performance of the Hasselblad-tuned cameras.

However, and as expected from any piece of software, it turns out that there are a few issues afflicting the OnePlus 9 Pro.

According to a section of users, their OnePlus 9 Pro units are unable to properly pause videos when using the YouTube app.

Hey guys. I noticed that a lot of times when I pause the youtube video after a few seconds it loads a bit and starts and it gets annoying that I can’t stop the video when I want to.
Source

When I try to pause the video ..it pauses for like 5 secs and then automatically resumes the video…it happened to me several times and I cannot specifically select a point in youtube video time to go forward or backward. I would have to drag the red dot back and forth to adjust my video point..
Source

According to these affected users, the YouTube videos do pause when the user performs the action but then automatically loads and continues playing after a few seconds.

It remains unclear what exactly causes this issue as more and more reports continue to trickle in, presumably from users who are just now getting their devices. A scroll through the community forums and you are bound to come across a few reports of this issue. In line with that, we’ve seen OnePlus come out to acknowledge this issue.

In response to one of the user complaints, a OnePlus Staff member notifies affected users that the developer team is working on this YouTube issue on the OnePlus 9 Pro and that they should look out for further communication on the same.

We shall continue to keep an eye on this and update as and when OnePlus issues a fix for this issue so stay tuned for that.

We also have a dedicated tracker that has been following many of the OxygenOS 11 bugs and issues and their current status so you can check it out as well. 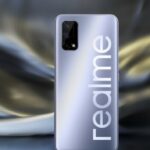 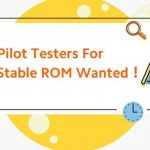