Google Maps is among the most used web mapping products which has over a billion users across the globe.

However, a couple of issues might still be spoiling the user experience as both problems are currently trending on the Google Support community.

There are multiple reports of users getting the error 500 message while reporting a problem along with reports where users cannot confirm or change locations in their Google Maps timeline.

There are two different threads for both issues on the Google Support community and both threads have been trending lately.

This further indicates that the issues might be widespread and may require addressing on a larger scale.

It must be noted that both issues first came to light back January and reports kept coming in until February.

However, the trending status of the said issues suggests that users might still be experiencing the same problems.

It is unclear why Google has been unable to fix the issues despite acknowledging the same earlier.

While certain issues may take a while to fix, whether or not the case is same with these problems remains a mystery.

This is simply due to the fact that Google has been overly quiet on the matter after acknowledging both issues. In the meantime, you can check out our dedicated Google Section as there are more such stories over there. 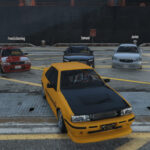 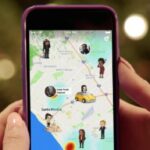 Does the new Snapchat update show who looked at your location? Here's what we know