However, several Google Nest Cam users are getting the camera offline error on the Home app but not on the Nest app. As per the Google Support community thread, it seems that the Nest Cam is working fine with the Nest app but with the Google Home app, the camera offline error appears.

While it is unclear what the exact cause of the issue is, one that is clear is that a lot of users are facing this problem.

Also, there has been no official acknowledgement of the issue so far which has led users to figure out a way to bypass the problem on their own.

Back in March, a user said on the same thread that momentarily switching on Presence Sensing from the Google Home Settings for the device on which the error is appearing might resolve the issue.

Moreover, removing any used devices from the Manage Devices section under the Manage Google Account settings of the Google app may also oust the issue.

It seems that the said workarounds are working for some users but these are still temporary as Google is yet to comment on the matter.

It must be noted that the issue has been around on the Google Support community since August 2020.

Another thing to note is that a Community Specialist raised the issue to the concerned team way back in September 2020.

However, the issue thread is currently trending and there has been no sign of an acknowledgement or fix from the tech giant so far.

Hopefully, Google looks into the matter and soon provides a fix for the problem as users are still facing it months later. 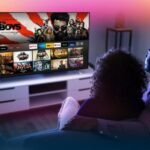