Motorola One 5G roaming issue on Verizon (stays on home network) acknowledged, fix in the works (workaround inside)

The Motorola One 5G was released back in September 2020 and is one of the better offerings from the company for the respective price.

Moreover, thanks to the special Verizon variant of the Motorola One 5G (UW), users in the U.S. can make use of mmWave 5G for high-speed downloads and uploads. 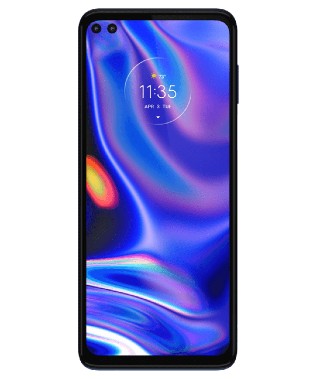 But it now seems that some Motorola One 5G users with Verizon connections are facing an issue when the device is on roaming.

The issue was highlighted by a user on the company’s community forms wherein they’ve mentioned that the device sticks to the home network even after moving away from the coverage area. The individual and Motorola’s community admin have had several exchanges on the thread regarding the issue.

To wrap up with the obvious, the user has confirmed that roaming is enabled on their device and even claimed that it had worked initially.

Yes it’s enabled just like yours….and yes it’s an area that excepts roaming the first day I got this phone was going to work in that area had full service roaming then on my way home at the end of the day no service.,..been this way ever since I got the phone. (Source)

Fortunately, in the latest interaction, the Motorola admin has confirmed that they’ll be taking the “software route” to fix the roaming issue on the Motorola One 5G on Verizon. While that’s some good news, in case you’ve been facing the same issue as well, then don’t fret. There are a couple of workarounds that you can try out in the meantime to fix the problem as highlighted by the individual.

The first one makes use of the most basic troubleshooting tip for electronics and that is to restart the phone. A quick reboot will get the phone to connect to the nearest available network.

The second workaround should fix the issue without the need to reboot the phone. Check it out below:

toggle off automatically search for networks… then it starts searching… it just doesn’t search for it.until you make it start searching. (Source)

That said, do let us know whether or not you’ve had any issues when trying to connect to a network on roaming on your Motorola One 5G.

Next article Google Meet: Can teachers tell when students switch tabs during meetings? Here’s what you should know