Apple Watch is among the best smartwatches in the world which is why the series is essential for a lot of users.

The smartwatch series runs on Apple’s watchOS and the Apple Watch series 3 to 6 have recently received the watchOS 7.3.3 update.

While new software updates usually bring along improvements for devices, that might not be the case with the watchOS 7.3.3 update.

As per recent reports from the Apple Community, users are facing battery drain issues on their Apple Watch after getting the latest update.

Multiple users have been reporting about the battery drain problem which further indicates that the issue could be widespread.

Also, Apple has not yet acknowledged the batter drain issue on watchOS 7.3.3 so it is unclear whether the problem is related to software or hardware.

It must be noted that users of Apple Watch have been reporting about the battery drain ever since the first watchOS 7.3 update came out.

However, the lack of an official acknowledgement from the OEM further complicates matters for users.

Nevertheless, a user report indicates that the battery drain issue after the watchOS 7.3.3 update might be due to increased background activity due to the re-indexing of data and apps.

This typically occurs after a device receives a software update which can further cause battery drain problems for a day or two after which the battery usage returns to normal.

Moreover, once the re-indexing of data and apps is complete, the battery drain stops and the same has also been confirmed by the user.

Whether the battery drain issue is related to software or hardware remains unclear until Apple makes things official.

In the meantime, you can check out our dedicated Apple section as there more such stories over there.

IST 07:22 pm: According to recent reports from the Apple Community, Apple Watch users are still experiencing the battery drain issues after almost a couple months. 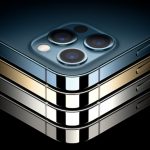 [Update: Fixed in iOS 14.5] iPhone 12 series fluctuating brightness or dim screen issue reported by some, but we have workarounds 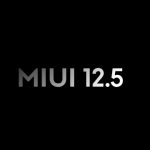