Google has had terrible memories when it comes to boot loop issues on Pixel devices. The episode was a total pain for both users and the tech giant.

Out of hundreds of reasons for going into a bootloop, a new software update is one of the prominent reasons why multiple devices across different brands end up in bootloop.

Google may have left some pointers which have now led Pixel owners to cross paths with another episode of Pixel devices going to an endless bootloop.

The device that took the hit this time is the Pixel 4a 5G, a compact yet highly admired piece of a machine by Google.

Even though the device dimensions may seem smaller than what peers have, it maintains the premium feel and won’t let you down in any aspect.

But the worst part is that several Google Pixel 4a 5G handsets have been spotted entering bootloop.

Reports have surfaced on Google forums about this situation where the handsets keep restarting with only the colored Google logo and a progress bar visible.

My Pixel 4a 5g only shows a multi-colored letter G on the screen with a small bar under the G like it’s updating. This screen does not clear. Tried the recovery mode, reboot mode. Nothing works.
Also if I have to return my phone it has all my information and I can’t factory reset the phone.
Details

Although there isn’t an influx of reports from a particular timeline, the issue being exactly the same for all affected units is what raises concern.

The only workaround that should help is by hard resetting the device. Anything that requires you to navigate through the device software won’t work as the device won’t turn on. But here’s a way.

– Turn the Pixel off. When the device is off, press and hold the “Volume Down” and “Power” buttons both at the same time for a few seconds.
– The device will now enter bootloader mode. Use volume buttons to navigate to “Recovery Mode”.
– Press and hold the “Power” button to enter into the “Recovery Mode”.
– Press “Power” and “Volume Up” together and then release “Volume Up” after 3 seconds, but continue to hold “Power till a screen with “No command” is visible.
– Now release the “Power” button.
– Use the volume buttons to navigate to “Wipe data/factory reset”.
– Select “Yes”.

The device should have successfully hard reset now. Reboot once.

Others are suggested to visit the Pixel support where one may even get a replacement from Google after an RMA.

The issue is yet to be acknowledged by Google representatives and all we hope is affected users get immediate attention. 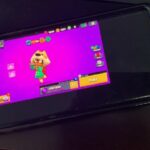