[Update: Rolling out in Switzerland] Oppo A91 and Reno2 Z Android 11 (ColorOS 11) stable update releases; Oppo Reno3 A gets it as well

Oppo enjoys its fair share in smartphone markets even outside of China. The brand offers ColorOS which even though is heavy, packs features worth noticing.

Oppo, like the majority of the big OEMs, was quick to unveil a roadmap for a big pool of devices that it has in the market.

And it wouldn’t be wrong to call Oppo the best so far when it comes to meeting the update rollout deadline. 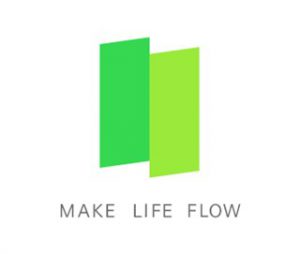 The brand follows a very specific schedule where it promises a date on which the update will be aired. Well of course the aired update is only for the early birds but it’s better than nothing.

Oppo, a couple of days ago, moved a step ahead by declaring a specific schedule for the stable update as well.

After having beta programs (1, 2) a few weeks ago, Oppo has now commenced the stable Android 11 rollout for Oppo A91 and Oppo Reno2 Z in Indonesia and India respectively.

This news was conveyed on the official forum of ColorOS and arrives as a batch-by-batch rollout.

Therefore, the update will not automatically appear in the update center as the users are supposed to first apply for it. Here’s how you can do it.

This update is clearly an opening for the early birds but fret not, a wider rollout isn’t too far away.

Before moving ahead, it is to be made sure that Oppo Reno2 Z should be on the C.47 version in order to receive the stable with version F.02.

As for Oppo A91, the detectable version should either be C.51 or C.53 to make it eligible for the F.11 version.

Hold up, this isn’t it. Oppo Reno3 A sold exclusively in Japan and which is yet to make its debut in India is also receiving the Android 11 update as per a few reports.

Oppo has a packed schedule of serving Android 11 to a bucket full of devices spread across the globe and meeting the deadline becomes a task.

So far Oppo hasn’t disappointed and we hope it continues populating the list. More devices will be receiving the updates in the coming days so make sure you subscribe to the dedicated Oppo Android 11 tracker as well.

11:11 am (IST): The Android 11-based ColorOS 11 update is reportedly currently rolling out for the Oppo Reno2 Z in Switzerland signaling the start of a European rollout. Thank you Mick for the tip!

Note: We have more such stories in our dedicated Oppo Section so be sure to follow them as well. 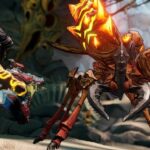