Several users are reportedly unable to email pictures as attachments after the recent iOS 14 update. The issue seems to be pretty widespread given the sheer volume of complaints.

Note: If you aren’t facing the above problem, and only want to read about the issue where users are unable to attach more than one image in Gmail, then you may skip this and scroll down to the next section.

There have been several threads opened regarding the same on the official Apple forums, each garnering loads of comments. Some of them have been given below.

I have exactly the same problem and it is driving me mad! I never want to send a photo embedded only as an attachment! Sort it out Apple! Your replies on this thread are totally useless.
Source

Before ios 14 update, i could send photos as an attachment and they were never embedded in the email in any email client. After ios 14 update, photos are always embedded in email in all email clients. Before IOS 14 update it was a seamless easy procedure to send photos as an attachment. I am not looking for a workaround. I want it to work the way it did before ios 14 update. Something has obviously changed and other comments in this discussion are complaining about this issue.
Source

As apparent from the above comments, images fail to attach as attachments upon upload. Instead, they get embedded into the message body, which is clearly an incorrect behavior, hence the frustration.

Moreover, the issue isn’t just limited to a particular email client. It has been reported to persist across the default Apple Mail app, Outlook, as well as Gmail.

What’s worse is the fact that Community Specialists and customer support claim that this is “expected” behavior, and nothing out of the ordinary.

We’re glad you had the opportunity to update to the latest iOS. We do want to advise that this may be expected when attaching a photo in an email. To clarify a bit further, when attaching a photo are you presented the option to choose a size for the photo to attach, and does it appear in the body of the message? If so, this is expected.
Source

This has left many users confused. If you are one of them, then worry not, for we got plenty of workarounds for you to try.

1. Attach another file: Attaching another random, blank file along with the image serves as a great workaround. It will result in all files being attached and not embedded, along with your image of course. The additional file can be in any format (PDF, video, etc.).

2. Change Gmail settings: Several users have also reported that the following did the job for them.

I found that if you go to your Pictures app, select a picture, go to more options, in the list of apps to choose from you can pick Outlook and that makes the picture an attachment not embedded.
Source

4. ZIP it!: Zipping the file prior to adding it to the mail will force your email app to send the images in question as an attachment.

There is a handy shortcut for it in Shortcuts app gallery called ‘ZIP and Email.’ You can try it from this link.

Not the perfect solutions for all affected iOS 14 users, but hey, at least they work for some! Hopefully, Apple will acknowledge the issue and provide a fix soon.

Some users unable to attach multiple images in Gmail

If the above problem isn’t enough, users are also reporting issues when trying to attach more than one image to an email. However, this issue is restricted to the Gmail app alone.

I’m having the same issue in iPhone XR – no longer able to select pictures to attach. Screen freezes, need to close out. Deleted/reinstalled the gmail app multiple times.
Source

Attaching a single image seems to be working fine. However, trying to attach more than one image leads to freezes and an occasional app crash.

A couple of users have reported that the issue only occurs in iOS 14. Hence, it could be quite possible that Gmail hasn’t been perfectly optimized for Apple’s latest OS update for iPhones.

It may be a gmail app/iOS 14 issue. I can attach photos just fine with google voice and WhatsApp on iOS 14/iPhone 12, but just not with gmail. The gmail app still works fine to attach photos on my iPhone X still running iOS 13. So, it’s pinpointed to the combination of iOS 14 and gmail.
Source

Furthermore, reinstalling the app does not help at all. The only workaround for now is to use the Apple Mail or Outlook app while Google/Apple do something about the issue.

As usual, we will keep an eye on more related developments and bring you updates as and when responsible parties address these issues. Stay tuned to PiunikaWeb.

Going by the recent user reports the issue continues to persist even in the recently updated version 14.4.1.

Looks like user feedback is quite important in this case, as one of the affected users who got in touch with the support was told the change was intentional in iOS 14. Here’s what the user shared:

In addition to the workarounds that I mentioned in my last post to you, it’s really important that you send a message to Apple asking the company to reverse the change it made to IOS 14.

An Apple senior manager confirmed to me that a change was made in IOS 14 that stopped people from being able to send emails as attachments through the mail app. Everybody is this thread is highly annoyed and frustrated with this change – which is why we’re hoping a lot of people will contact Apple and ask it to reverse the change. 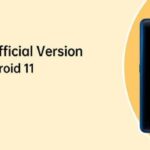 [Update: Rolling out in Switzerland] Oppo A91 and Reno2 Z Android 11 (ColorOS 11) stable update releases; Oppo Reno3 A gets it as well