Android 11 has been official since way back in September 2020. Since then, we’ve seen all major OEMs rolling out their respective Android 11-based builds to their eligible devices.

We have been maintaining a dedicated Android 11 tracker that’s been keeping tabs on all these rollouts and you can check it out for more. Vivo, like its sister companies Oppo and Realme, has also been hard at work, trying to deliver its Funtouch OS 11 update to all eligible devices.

Again, we have a dedicated Vivo Android 11 tracker that’s been following the development, testing, and deployment of Funtouch OS 11 to eligible devices. Check it out for more.

Back in February, we saw Vivo rolling out Android 11 to a number of its devices including the Vivo X50 and the Vivo X50 Pro among others.

Fast-forward to the present day and Vivo seems to be living up to its promise. This, as users of the Vivo Y19 are reportedly getting updated to Android 11-based Funtouch OS 11.

The update which bears software version number rev 6.73.6 weighs in at a pretty chunky 3.6GB and brings with it all the Android 11 goodness.

Knowing Vivo, there is a possibility that this update will be seeded out to a few users to begin with before the same is extended to a wider pool.

For now, though, users of the Vivo Y19 might want to check for the update on their devices in settings as they might as well have it waiting for them.

This Android 11 update could very well be the final major Android upgrade that this device is getting in its lifetime, seeing as the Helio P65 powering it is also aging. 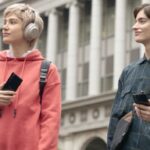 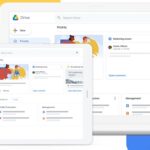 Google Drive for desktop blank white UI glitch for Workspace users addressed in version 46.0.4.0, as per some reports