The Nokia 4.2 may have an extremely economical price tag but it nowhere feels cheap in any way. With its compact and sturdy glass-sandwich design, the device easily passes off as way pricier than it actually is.

The phone was launched back in early 2019 though and has thus begun to show its age. Yep, the design is still quite an eye candy but doesn’t exactly scream 2021.

Still, Nokia has managed to keep the device feeling as fresh as possible with timely updates. The 4.2 came with Android Pie out of the box and has since bagged the Android 10 update.

Google then released Android 11 back in September last year and users have been waiting on the next big update ever since. Nokia’s official Android 11 roadmap had outlined that the Nokia 4.2 will get Android 11 in Q1 2021.

Now, although Q1 has passed already, Nokia still hasn’t really been too far off from their promised approximate date, as the Android 11 update for the Nokia 4.2 is now rolling.

If you haven’t already received it, then fret not, as it is highly likely that the update is being rolled in batches. And following a short testing period, it will then be rolled out globally.

The update carries a size of 1.5 GB and a version number of 3.150. It also brings along the March security patch. Yep, the April security patch may have already been released but guess that’s for another time.

Nonetheless, it is worth mentioning here that the Android 11 update is the last major update for the Nokia 4.2. This is because it has already passed its software support life of two years.

Still, we are hopeful that the device will continue receiving security updates for a while before Nokia finally calls it quits. For now, keep an eye on our dedicated Nokia Android 11 update tracker. 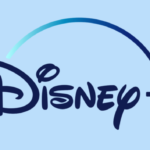