Apple’s software framework for smart-home appliances, HomeKit, is used by a lot of people across the globe.

HomeKit allows users to easily control, configure, and communicate with their smart-home appliances via Apple devices including the iPad, iPhone, and Apple Watch. 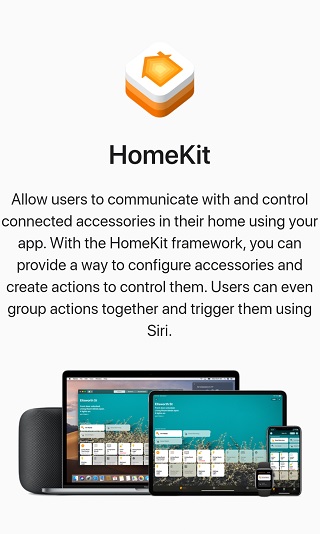 However, users of Apple Watch have been facing an issue for quite some time where HomeKit gives the ‘No response’ error at times.

There are a lot of reports about the same issue spread across various platforms including Reddit, Apple Community, Home Assistant community.

Also, there has been no official acknowledgement from Apple on the matter which further complicates things for Apple Watch users. 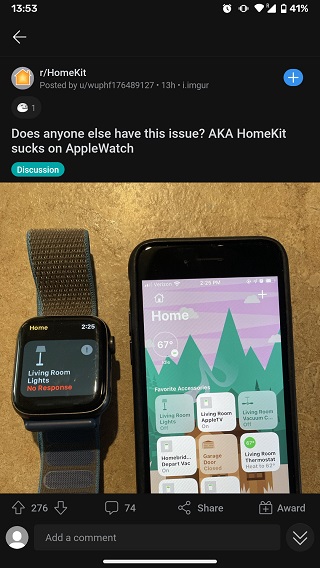 Since reports of the HomeKit ‘No response’ issue have been around for some time, users have started coming up with their own workarounds.

These involve restarting or updating Apple Watch, restarting the WiFi router, and many more.

Some of these workarounds appear to be working for users but they do not completely address the issue. 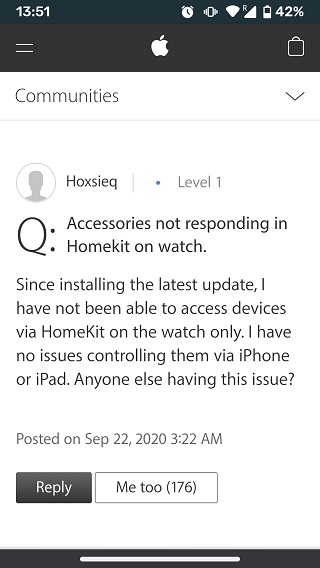 Moreover, the reports suggest that the issue is indeed with HomeKit and not related to networks, Apple Watch, or the appliances.

Nevertheless, it is still unclear what the OEM is doing to resolve the problem as there has been no response so far.

Hopefully, Apple looks into the said issue and provides a fix as it has been causing inconvenience to a lot of users. 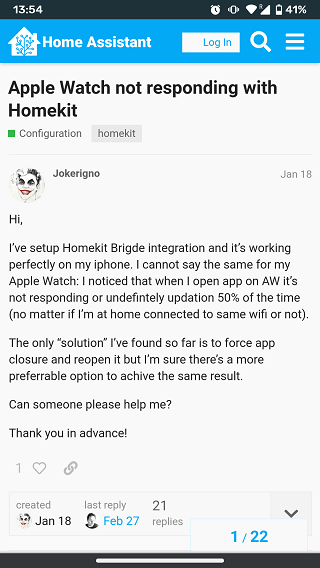