People have been using Google Meet across the globe for both, professional as well as personal purposes.

While users have run into several issues while Google Meet, there is one problem that has been preventing users from joining meetings on the platform.

There are a bunch of user reports and threads on the Google Support community which suggest that Google Meet keeps on showing the “Getting ready… You’ll be able to join in just a moment” message.

This in turn is preventing users from joining a meeting on the video-communication service as it gets stuck on the said message.

While it is unclear what all platforms are affected by the Google Meet getting ready issue, user reports also indicate that those using Chromebook are among the most affected.

Also, the number of reports on the issue clearly suggest that a lot of users are affected because of it.

However, there has been no acknowledgement of the problem from Google so far which is why users are finding their workarounds which seem to be working for them.

Several users have tried using a different web browser like Microsoft Edge which appears to have solved the issue, while others have even tried switching their search engine from Google to Bing.

Apart from that, those who are facing the problem on their Chromebooks have switched to an Apple or Windows device which in turn resolved the issue for them.

There numerous reports where users have stated that the issue might be related to the camera but nothing is certain as there has been no official word on the matter yet.

Nevertheless, if you are also affected by the said problem then you can try the workarounds given above and let us know if the issue gets resolved for you by dropping a comment below.

I am going to agree that it is camera related. ChromeOS reinstalled, microphone and sound work fine. Camera app does not seem to work causing the loop when trying to connect to Google Meet.
Source 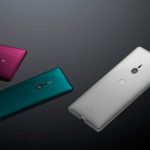 Received system update 19811R_MP5 on your OnePlus 8 device? Here's what you need to know