Realme expanded its pool of smartphones with the launch of the Realme 8 series. This according to the company, is a refreshed successor of the Realme 7 series.

But looks like the company invested heavily in the 108MP camera module that they had to compromise on other departments.

The processor on Realme 8 Pro remains the same as Realme 7 Pro, the charging speed has been reduced, mono speakers, and no AOD customizations either. This clearly doesn’t make Realme 8 Pro a successor.

The company, however, continues to improvise with the help of software updates.

The Realme 8 and 8 Pro have bagged a new update that brings multiple optimizations as well as some unique features.

Realme 8’s changelog is all about optimizations and arrives with UI Version: RMX3085_11.A.08.

– Optimized the noise issue in Photo Mode of the rear camera

– Optimized the image quality in 64M mode of rear camera

– Optimized the image quality of the front camera

– Optimized the oversaturation issue in some scenarios of front camera

– Optimized the color and brightness of Night mode

– Optimized the overpower consumption in some scenarios

It is the Realme 8 Pro that bags a few exciting elements. The update arrives with UI Version: RMX3081_11.A.27 and takes the security patch to the month of April.

– Fixed the probabilistic color shifts issue of the rear camera

The VoWiFi support for the Vi network in India is significant as the carrier didn’t support this feature on Realme devices until today.

This also sends out positive news to other Realme users who use Vi as their network provider.

VoWiFi, as the name goes, enables voice-over WiFi that lets users establish high-quality calls even when the networks are weak.

Next up is the Hyper motion SLO-MO Mode of the rear camera. The camera module packed in the Realme 8 series is a total beast and goes without saying.

This feature will add more value to the camera enthusiasts who have planned to opt for this device.

The point to note here is that the update, as always, will roll out in batches and may not immediately appear on your device.

Having been launched with Android 11-based Realme UI 2.0 out-of-the-box, the Realme 8 series has a good scope in the software update department. Here’s a dedicated tracker that you must check out. 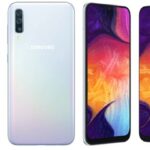 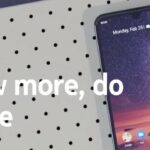