Google has been working to build a world that is smarter with some avant-grade innovations. A series of Google products is up on offer that builds a smarter environment for humans to operate.

One such product is the Google Nest Hub Max that functions to connect you with your family even when miles away. Oh and, not to mention the smart home controls that comes complementary.

Being digital instruments, these are bound to have bugs and issues when put to practical use.

Well, the Google Nest Hub Max has become a victim of a bug that affects its in-built camera restricting users to access it under certain conditions.

A user reported that he’s struggling to get Google Next Hub Max’s camera to connect to the internet. The camera went offline and hasn’t worked ever since then.

This isn’t limited to a single owner but multiple others have encountered this too. The complaint is about the camera of Google Nest Hub Max going offline even when connected to the WiFi.

Some preliminary troubleshooting steps that may help the affected users are:

But in case it doesn’t resolve, don’t worry as this issue has been acknowledged and requires developers’ attention.

Google Forum’s Community Specialist says this issue is known and a fix is under works. Here’s the transcript of what he said.

Thanks for being here in the forum, and I am sorry for the delay. The team is aware of this concern, and currently working for a fix.

I’ll provide an update to this thread once it’s available.

This means that you aren’t the only one and there’s probably a bunch of other folks too who are struck by the same issue.

But then it’s good news that the team is already aware and is on to patching it with a bug-fix update.

A user who’s currently on the beta program claims this issue has been resolved for him. So, in case you happen to be one of the members of beta program, do let us know by hopping into the comments section.

Although the tech giant has a busy team of developers, we are hopeful that the fix will very soon begin to roll out. 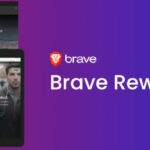