Google might not be doing great in the smartphone business, but the company is for sure racking in some decent numbers when it comes to the smart home ecosystem.

Of course, Google still trails Amazon in the smart speaker business, but things aren’t looking bad either for the search giant, especially with working from home continually becoming a thing.

To spice things up and ramp up competition with the Amazon Echo Show and Spot, Google unveiled its first Assistant-powered smart display in early 2018 in partnership with the likes of JBL, LG and Lenovo.

Google’s own Assistant smart display had to wait until October 2018 — the Google Home Hub. Boasting a 7-inch LCD touch-based smart display, the Home Hub is just your usual Google Home, but with the added visual touch.

Unfortunately, there appears to be some unwanted guest intruding what was an otherwise excellent experience for owners of the Nest Hub.

Over the past couple or so weeks, reports have been doing rounds in the Google Nest support forum claiming that the Hub is experiencing an issue with sound (audio) output.

Apparently, the bug persists even with the volume level set to maximum. This is a new issue owing to the fact that affected users have had their Nest Hub units long enough to know this sound issue wasn’t there before.

I’m having the exact same problem. i think it started with the software update in november/december. google support hasn’t been helpful so far. they suggested i replace it, but i bought it from amazon and the seller and the listing no longer exist. I guess we could always buy a smart plug to reboot it every day? 🙂

Just send feedback. Same happening here, needs to be restated to get sound to work. Lasts a while then needs restarting again.

As you can see from some of the reports shared above, affected users note that the issue has been around for several weeks now. Some point to a recent software update to the Nest Hub.

Although not the best of them, there seem to be a temporary workaround for the audio issue on the Home Nest Hub as stated by some of those affected.

It involves rebooting the device whenever the issue occurs, which could take several attempts but then it comes back. On the brighter side, a community specialist has stepped in with some good news.

After noticing a series of reports in the forums, the Google team is now looking into the sound issue on Home Nest Hub units.

Just a quick update. Our team is aware of this issue and is currently looking into the issue at hand. We appreciate everyone for providing all the information needed, and this will be shared with the team.

No one knows when the bug will be addressed, but we can at least rest assured it’s on Google’s radar. We will be keeping an eye on it and let you know when the fix rolls out.

It looks like Google has a new Cast firmware rolling out as version 1.52.249798 that appears to have fixed the issue, at least for one of those affected.

I’m wondering if this new firmware contains a solution for the problem. This morning my audio still works.
Source

Maybe you should update to this firmware version too and see if the audio issue disappears. Let us know in your comments below. 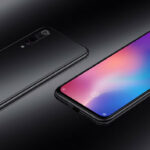 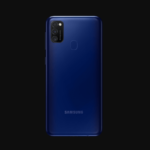