Recently, many Android smartphone owners noticed that apps began crashing on their devices all of a sudden. Luckily, Google was quick to acknowledge the problem.

It confirmed that a bug in the latest Android System WebView update was responsible for the widescale issue that is causing apps to crash on Android devices such as those from Motorola, Realme, Xiaomi, Samsung, and OnePlus. Apps that utilized the Android System WebView component to display content were the ones that started crashing seemingly overnight leaving many confused as to what happened.

Well, you no longer have to worry about the apps crashing issue on your Realme or Motorola device since Google has thwarted the bug.

Both these Android vendors have begun informing users that they are required to update the Android System WebView app and Google Chrome via the Play Store to fix the problem.

Motorola has been responding to user complaints regarding the issue with the following message on Twitter:

Realme, on the other hand, has made an official announcement on its community forums informing users of the same.

If you’re connected to Wi-Fi, these two apps should have been updated automatically, however, if apps are still crashing on your Realme or Motorola device, you’ll have to update the two apps manually.

To check for updates manually, you can either follow the steps shared by Realme (screenshot above) or launch the Play Store and tap on the hamburger menu (three lines). Then tap on My apps & games.

Here you’ll see all the available application updates. Tap on the ‘Update’ button beside Google Chrome and Android System WebView to install the latest available version for the two apps.

Once you have the latest version of the two apps installed on your device, you should be able to use the apps without them crashing.

In case you aren’t able to update the Google Chrome or Android System WebView apps via the Play Store since they may be stuck at ‘pending’, then head here to check out some solutions to the problem.

In an official statement, Google has confirmed that users must update the WebView and Chrome apps to version 89.0.4389.105 in order to fix the issue. However, in some instances, the two apps do not get updated manually. Here are some snippets from the official statement:

Google Play will soon download the update to these apps on affected devices, or you can update manually to resolve the issue immediately. Some devices do not have WebView pre-installed and only need to update Chrome.

Users with devices on which apps are still crashing even after updating the WebView and Chrome apps are suggested, by the Gmail team, to restart their devices once they make sure that the latest versions of the two aforementioned apps have been installed.

Oppo is also asking its users to update the Google Chrome and WebView apps in order to fix the apps crashing issue on their devices.

This issue is widespread up to an extent that it even got devices running Android 12 under its radar. But Google was quick to release Android 12 Developer Preview 2.1 that has reportedly solved the issue. 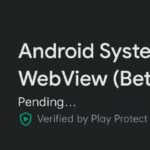 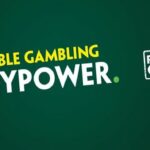 Paddy Power app not working on Android, unable to update? Company is aware and working on fix