Realme has been conducting a host of exciting events to benefit both the users and the company itself.

Intrigued by these interactions, Realme fans have showered a lot of appreciation by helping the brand build a massive community.

From Fan meets to Ask Madhav sessions, the company leaves no stone unturned to facilitate a rock-solid connection with the users.

One of these sessions that has been making an appearance since the initial days of the Realme community is the Q&A with Devs.

This is a channel where users can seek answers to their queries from the Realme developers.

Realme recently conducted this session and the agenda this time was Audio.

With Realme UI 2.0 rolling out to more and more devices every month, some common queries related to audio have been eating users up.

Here’s what users had in their minds and developer’s take on those queries.

User: Can we get a bass boost + option as a software feature to use via wired earphones like realme buds 2
Dev: Hello! There currently is no plan for this.

User: Why realme didn’t provide updates for realme buds air like bass boost and many features that are provided for realme buds air neo?
Dev: Hello! Our developers are always eager to provide new features. We will check with our devs and see if this can be supported.

User: Will we get the Oppo Lab mood ringtone feature in realme UI 2.0?
Dev: Hello! No realme UI 2.0 will support plenty of unique features, but not this one in particular.

For those who aren’t aware, Oppo made this feature available with ColorOS 11, and since Realme UI 2.0 is almost identical to its parent company’s UI, one would expect these audio features to be on Realme devices too.

User: Is any plan for implementation of Real Sound Technology for all the app? ( currently working for Only Default Music App as per my Knowledge)
Dev: Hello! It works on some other apps too, like YouTube. And we’re always trying to extend the compatibility.

The default equalizer that comes along with a majority of Realme devices is the Real Sound Technology which is only limited to a set of apps. The dev looks positive about its extension to more apps.

User: The “Dual-mode audio” feature is superb. But it only works with one wired earphone and one Bluetooth device.
Is there any plan to support multiple Bluetooth devices in Dual-mode audio feature? If yes, that would be great.
Dev: Hello! We are looking into it – it might depend on the hardware though, specifically the CPU.

User: it that possible to implement Dolby sound in an old Realme old device with help of Software? ( speaker may need hardware support but through 3.5 mm Jack)
Dev: Hello, and thank you for dropping a comment. We might not provide Dolby Atmos to phones that do not support it out of the box.

Dolby Atmos is something that can not be provided later with a software update. Either the device has it or it does not.

All Realme can do is enhance its existing audio features and equalizer to provide users with a chance to enjoy an impressive sound experience.

User: why not we get an option to change voice tune when playing games?
Dev: This feature is not provided in India at the moment – it might be difficult to process all the different accents of our users.

This session must have disappointed a lot of users who were expecting better from the company.

But it has to be understood that adding a feature isn’t an easy job to do, it requires taking into consideration multiple factors.

If some alterations look feasible, the company might add them after all.

Realme UI 2.0 (Android 11) update is on its way so be sure to head out to our dedicated Realme Android 11 update tracker to never miss any update related to your Realme device. 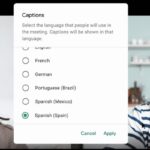 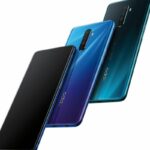