Dual-SIM support in smartphones is something that is scarce not only in the US but in all of North America. In such a case, fans of the functionality have continued to search for alternatives.

That’s where OnePlus comes in. The brand is renowned around the world for their flagship-level phones that don’t exactly blow a hole in the pocket. Let’s not forget one of their greatest perks though – dual-SIM support.

OnePlus has offered dual SIM slots with their phones in North America for as long as we remember. This trend continued even with their last OnePlus 8/8T series.

However, things have taken a turn for the worse with the recently launched OnePlus 9 series. Of course, just like each iteration, OnePlus has brought about a bunch of improvements over its preceding lineup.

But these improvements have all been overshadowed by the lack of dual-SIM support. Both the OnePlus 9 5G and the OnePlus 9 Pro 5G have given a miss to the feature this year.

This has apparently turned out to be a deal-breaker for many loyal OnePlus customers that have now decided to skip this year’s releases. Many have even canceled or returned their order upon discovering the lack of dual-SIM slots.

As OnePlus comes out with new models in the US they keep forgetting who their core users are and what brought them over to their brand. It’s disappointing to see that the dual sim tray is not available for the American versions while the Chinese and Indian version gets it. As someone who lives in Canada and uses dual sim this is extremely frustrating because I am a loyal OP customer.
Source

I was planning on upgrading from my OP6 this year but nope not if there’s no dual sim on the North American models. Main reason I made the switch from Apple to OnePlus back in 2015 was for the dual sim capability (and cheap price!) and now there’s neither.
Source

An extremely valid point was raised regarding dual-SIM support in regions like India and China. The feature is standard in these countries and hence it doesn’t make sense to block it from North American unlocked models.

Heck, the OnePlus 9 Pro comes with dual-SIM support even in many European countries. This only re-iterates that it’s just the North American users that are not being treated to the functionality.

The most hilarious thing is that Telekom.de, the Main company of the US T-Mobile, sells the OnePlus 9 Pro here in Germany with dual-SIM.
Source

But perhaps the worse part is that the OnePlus 9 Pro’s official website reportedly included dual-SIM support in its specs section for a while. But this was silently updated after OnePlus 9 Pro users complained about finding just a single slot after receiving their units.

All this displays great carelessness on part of OnePlus. As if the omission of dual SIM slots wasn’t enough of a dealbreaker already, allegedly topping it with false info on their site has caused widespread inconvenience for several.

The issue could’ve been compensated to some degree if the OnePlus 9 and 9 Pro came with e-SIM support. However, as it stands, that too is missing on the devices.

In such a case, the only hope that OnePlus users can have is that the OEM will not repeat the omission and the same mistakes with the next series. For now, let’s just wait and see how things unravel. 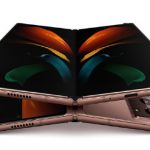