Yesterday, most Android users woke up to see that they weren’t able to use certain apps all of a sudden as the apps kept crashing.

This problem has been affecting most Android smartphones such as those from Samsung, Xiaomi, OnePlus, Motorola, and Realme to name a few.

Google acknowledged the issue and had confirmed that apps were crashing due to a bug with the Android System WebView component.

Not long after, Google patched the bug and rolled out new updates for the Android System WebView app and Chrome which now replaces the need for the WebView app on some devices.

Most OEMs have asked users to go ahead and install the latest versions of the two aforementioned apps on their devices in order to stop the apps from crashing. But it seems that things aren’t working out according to plan.

Some users have taken to Twitter to seek help since they aren’t able to update the two apps. They claim that the Android System WebView update gets stuck at pending and the same happens with Google Chrome.

Chrome and Android System Webview are the two apps that refuse to update. Either it says pending forever or nothing happens at all when I select update. (Source)

Been trying to update Android System WebView for the past hour and it gets stuck to Pending. It’s not updating. Haven’t been able to use most of my apps all day. (Source)

As you can see from the reports above, the Android System WebView and Google Chrome apps are not updating even after rebooting the device.

Of course, this has left many people frustrated since the apps keep crashing and there’s seemingly no way to get Google Chrome and Android System WebView to the latest version as the update is stuck on pending.

But there’s no reason to fret because there are a couple of things that you can try in order to get rid of the update pending message.

Google Play support is suggesting users who are reporting about Chrome and Android System WebView not updating to clear the app data for the Play Store.

This should do the trick for most users. However, if you still aren’t able to update either of the two apps, then you could also download and install the latest version of the apps as APK files.

The download links shared above are for the latest Google Chrome and Android System WebView versions at the time of writing. Installing these APK files should fix the app crashing issue.

That said, we hope the solutions shared here helped you get rid of the Android System WebView or Google Chrome update pending problem on your device.

You could also share a workaround that helped you fix the issue in the comments section below.

12:17 pm (IST): In an official statement, Google has officially acknowledged that some users with devices on Android 10 or 11 aren’t able to update Google Chrome or WebView manually. Unfortunately, the company has not shared a workaround for the issue.

That said, Google also recommends that users do not uninstall updates to WebView as it might result in data loss from some apps.

12:59 pm (IST): If you’ve installed the latest versions of the WebView and Google Chrome apps and are still having issues with apps crashing, the Gmail team on Twitter suggest that you restart your phone too.

11:48 am (IST): Google has acknowledged the WebView issue persisted on Android 12 DP as well. The tech giant has released the Android 12 DP 2.1 that should resolve the ongoing issue. 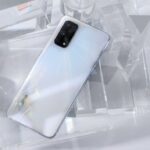