[Update: Issue persists] Poco M3 not turning on for some users after latest OTA updates, officially recommended fix inside The Poco M3 was launched quite recently in November last year and has a pretty decent spec sheet for its price. But what makes it truly stand out is its radical yet beautiful design.

The device was launched with MIUI 12 based on Android 10 and has been awaiting Android 11 ever since. While there is still not much news regarding that, the device has seen some pretty active development since launch.

Nonetheless, there is now a new major issue doing rounds. Some users have complained that the latest update has caused their device to not power on at all.

Users report that the update reached around 70-80% before the Poco M3 went completely dead – almost like it got bricked – following which it stopped turning on no matter what was tried.

And no it isn’t the battery level or anything as users have stated that their devices were properly charged prior to updation. Also, plugging the device after it got bricked doesn’t help at all.

Thankfully, the solution to the said problem is rather simple. This has been given out by a Mi Community moderator so it is as official as it can get.

Just hold down your power button for 13 seconds or until the device powers on. If all goes well, your Poco M3 will then turn on like it normally does.

Alternatively, you may also enter fastboot mode as the following user has suggested:

Left it for about 5hrs but it still wouldn’t start from power button, so did what Raych44 suggested and entered Fastboot. When I exited Fastbook phone started as normal. For anyone with same issue and doesn’t know how to enter Fastboot, simply press Power and Volume down buttons at same time and hold for 5-7 seconds. Leave in Fastbook for about 20secs then repeat Power and Volume down again and hold until it exits. Phone should then start normally.
Source

Moreover, as the moderator has stated, the reason behind this issue is a firmware update that was intended to improve memory performance. But that is still no excuse for this great inconvenience. Weirdly though, there is still no hint of the update being rolled back. After all, the problem is pretty major even though the number of affected users is relatively few at this point.

Updates like these are rolled out in stages and Poco/Xiaomi should definitely halt the rollout before the problem spreads any further.

Anyway, we shall continue to track this Poco M3 not turning on issue and update the article accordingly. Hence, stay tuned to PiunikaWeb for now. Also, be sure to keep an eye on our dedicated MIUI 12.5 update tracker.

10:37 am (IST): Sadly, the Poco M3 not turning on issue has persisted [1, 2, 3] almost 4 months since the initial reports. A community moderator did state that they’ll be checking the problem with the team but little to no progress seems to have been made.

As a workaround, you can refer to this thread. 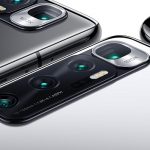 Xiaomi MIUI 12.5 stable update begins rolling out; the Mi 10 Ultra gets it first (Download link inside)