Apple’s latest M1-powered MacBooks have caught the attention of just about every tech enthusiast around the world. And even though they’ve been out for a while, the hype around these powerful yet sleek machines hasn’t died.

While Windows-based PCs reign supreme when it comes to gaming, the M1 Macs have little to no competition for productivity or even video editing at their respective price points from laptops running on Windows.

Of course, hardware isn’t the only area where the M1 Macs shine, these machines are as good as they are thanks to Apple’s excellent software optimizations in macOS Big Sur.

That, however, does not mean that macOS Big Sur is flawless. We’ve been keeping tabs on all known bugs and issues with this OS that you can check out by heading here.

And now it seems users are facing another issue with the macOS Big Sur feature to change or switch between input languages by pressing the Globe or Function (Fn) button on M1 Macs.

I have only a nuisance problem with the fn globe button. When I want to switch input source and switch typing into a different language, most often it doesn’t work. Using it as an FN key with the function keys works… If I reboot, I can reuse the FN Globe button, until it stops switching. (Source)

hi, i bought a new MacBook air with M1 chip and it has this new feature to switch between the input languages by pressing new globe button on the left bottom side at first it was working but after that it stopped functioning does anyone you have same problem? (Source)

When I launch my MBP M1 language switching using fn button works normally, but in some time after launch this feature stops working, and I should reset my MBP to use this feature. (Source)

As highlighted by the user reports shared above, they are able to switch or change between input languages by pressing Globe or Fn key for a while after booting their M1 Macs but it stops working out of the blue.

FYI, in case you stumbled upon this article wondering where’s the Globe key on the keyboard, it’s only available or rather imprinted on newer Macs such as the M1 MacBook Air and Pro.

Some users have fixed the issue by using a few different workarounds. We’ve listed them below in case you wish to try either one of them.

An individual claimed that they were able to fix the issue by following Apple’s official guide to boot into Safe mode to troubleshoot for bugs and issues.

I have the same issue on my M1 MBA. I called Apple support and they provided information as follows.

I am not sure why fixed the issue but my issue was resolved by safe mode. fyi.

I experienced the same bug for a couple of times now. But I also just discovered that you don’t need to reboot to “reset the bug”. Simply enable “Select the previous input source” (default to control+space), activate it, and then disable it. The activation from control+space somehow resets the bug for me. (Source)

I have the same issue. I restart or log out and log back in then it works. However, the problem returns. (Source)

Do drop a comment below letting us know whether or not these workarounds helped you fix the issue.

We’ll keep track of the situation and will post an update of and when there are any developments regarding the broken macOS Big Sur feature to change or switch between input languages by pressing the Globe/Fn button. 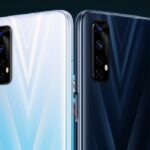 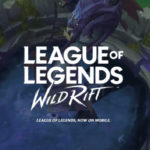