Wild Rift is Riot Games’ MOBA for mobiles and consoles and was first revealed in 2019. The game has now been released in both North and South America on Android and iOS.

With this release, the game is now officially available all around the world except China and India.

Players in the two continents can now download the game through the Apple App Store and the Google Play Store. Alternatively, the Samsung Galaxy Store can also be used.

Riot had also announced last month that the Americas servers use a completely different infrastructure from the rest of the world. This implementation sadly means that while players across the Americas can play against each other, they will be unable to match with players outside of these two continents, even while abroad.

Nonetheless, the release still comes as great news for fans that were using VPNs till now to play the game. Keep in mind though that logging into the game for the first time will throw a prompt asking to transfer the user account.

Doing so will result in a complete wipeout of all the progress made so far in the game. However, Riot was nice enough to promise that all Wild Core purchases will still be restored. Further, Riot has launched an exclusive time-limited event in North and South America to make up for the game’s late release in the regions. This event will allow players to catch up with the competition faster.

You are free to read all about the aforementioned and more through the official Wild Rift Americas release notice.

There have also been plenty of complaints regarding the Wild Rift game missing from the App Store on iOS. The game fails to show up when searching “wild rift” in App Store.

For God’s sake, did anyone manage to download wild rift on iOS?
Source

I don’t see it in the App Store for iOS.
Source

If you are one of the users facing this issue, then the solution is rather simple. Just try navigating from another Riot game to the games offered by them and Wild Rift should be there.

Hope you have a wonderful experience! 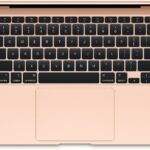 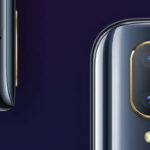