Not every Apple user is completely dependent on Apple services and this is pretty apparent from the number of users that prefer to use their Google account to keep their Apple Calendar in sync.

Unfortunately, Google Calendar isn’t available as a standalone app on both Windows and macOS even after being present on mobile devices for years now.

Therefore, users are forced to use Google Calendar on the built-in macOS Calendar by logging in with their Google account. However, this too has recently stopped working well for several users.

When I open the calendar app on my MacBook, the events from my Google Calendar do not appear as they normally do. Upon trying to refresh, I receive an error message that just says “The server responded with an error.”
Source

Google account in OSX Calendar app returned 403 error. I receive the following error pop up every time when I try to sync the account: Your calendar couldn’t be refreshed. Access to account “Google” is not permitted.
Source

As clear from above, users bump into a range of errors like “Your calendar couldn’t be refreshed”, “The server responded with an error”, or a simple ‘Error 403’, when trying to refresh or sync their macOS Calendar app with a Google account logged in.

Due to this, certain elements added in Google Calendar like events refuse to sync and show up.

Now, the HTTP 403 is a status response code which indicates that the server understood the request but refuses to authorize it. From this, the problem does seem to actually be at Google’s end.

Moreover, the fact that the issue is persistent across almost all macOS versions be it Big Sur, Catalina, or even Mojave only strengthens this conclusion. Oddly though, iOS/iPadOS is unaffected.

Sadly, there is no official acknowledgment from either side. A complainant did state though that Apple claimed the issue being at Google’s end. But one can’t be too sure of anything at this point.

Update – I spoke to apple advisors. The advisor did a screen share and tried various troubleshooting measures, none worked. She then told me that this appears to be a Google Calendar issue with nothing to do with iCloud or Apple. She said that we should contact Google (lol)
Source

Thus, contacting support is seemingly fruitless. After all, most of them recommend clearing the Calendar app’s cache which doesn’t really help, as per many. And even if it does, the effect is temporary.

Thankfully, we have come across a few workarounds shared by users themselves that can be of help until Apple/Google actually sorts this mess out.

My calendar is now working after I did the following: Calendar > Preferences > Accounts > Google Account > Delegation > Select “show” for all boxes. Not sure if this is what actually solved the problem, or just a coincidence, but it worked for me.
Source

I was able to solve this problem by going into my calendar preferences and changing Gmail to my default calendar. Apparently, the updates to Google and Apple changed this on me, and now everything is working again.
Source

3. Last resort: If nothing else works, then your best bet would be to simply use the Google Calendar web app for the time being. Or you can also try clearing the Calendar app’s cache and see if it helps.

According to a product expert in the Google Calendar forums, the issue has been escalated to Google developers and it’s already being looked into.

Hi everyone, I have confirmation that the Dev team are looking into this, so I’ll update this thread as soon as I hear anything.

Users are reporting that Google may have fixed this annoying Calendar issue with a server-side update since none of them has picked up any OTA update to the app.

It seems to have been fixed now. After weeks of errors on three different macs, different OS X, and different processor types, it just magically started working again and has been solid for three days now!
Source

Yes! Hope it stays fixed – i had the same experience as Mark, i did nothing (across 3 different OS) and it just started working/stopped the error notices. Hope I’m not jinxing it by writing!
Source

Yep, started working on Wednesday or Thursday again (or at least, it stopped failing every evening like clockwork). Apple pushed no updates, so it looks like Google finally backed out whatever daily server process broke it to begin with.
Source

A product expert in the Google Calendar support forum had the following to say:

Most people here and on Apple’s forums are reporting that the issue is fixed for them, but it’s possible that the update, whatever it was, is still rolling out.
Source

Granted, if the fix hasn’t hit your Calendar app just yet, it’s on the way. Hang in there! 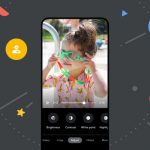