[Update: Yet to be fixed] BBC Weather app not working on Android, company aware & working on a fix

We understand service outages or breakage are pretty common. But when an outage ends up concerning a massive user base, it becomes worth highlighting.

#BBCWeather Your app is down on my Android. (Source)

Never realised how routinely I check the BBC Weather app till just now, cos it’s not working lool (Source)

As you can see from the reports above, many users aren’t able to check the weather on the BBC app as the app throws a message that the forecast is not available.

Fortunately, there’s nothing to worry about since the BBC Weather team has officially acknowledged the issue on Twitter.

Now that BBC Weather has officially confirmed that they are working on fixing the app, it shouldn’t be long before you are able to view the weather forecast on the BBC Weather app as usual.

It’s worth pointing out that the app was last updated in October 2020 according to details on the Google Play Store.

That said, we’re keeping a close watch on the service provider’s social media channels for more information regarding the problem.

We’ll share with you the relevant developments as and when we bump into any. So keep tabs on this space for the latest info on the matter.

06:23 pm (IST): A few users have taken to Twitter to confirm that the application has started working as usual on their devices. The fix has been made on the server-end hence you won’t have to update the app.

Thank you @bbcweather Your app appears to be up and running again. (Source)

BBC Weather has not yet shared any official updates on the matter except for confirming the issue as we mentioned above.

11:23 am (IST): As it turns out, the BBC Weather app still isn’t working for some users even after updating the WebView and Chrome apps which has been the cause for app crashes these past couple of days.

My BBC weather app worked briefly today but it’s dead again. @bbcweather how do I get it back? Or should I give up and get another app? (Source)

Although, some say that the app began working as usual after updating the Google Chrome and Android System WebView apps, and thus we’d suggest installing the latest updates for the two apps regardless.

Nevertheless, if you are looking out for alternatives to the BBC Weather app, then we’ve got you covered. Here are some free Weather apps for Android:

11:25 am (IST): BBC Weather has once again confirmed that the app and the website are still not working properly. The team is, however, working hard to fix it. 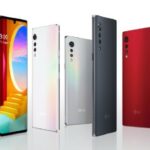 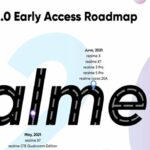