OnePlus has been testing its OxygenOS 11 skin based on Android 11 on the OnePlus 7 and OnePlus 7T series for a couple of months now.

We’ve seen three OxygenOS 11 Open Beta updates (1, 2, 3) go live for the OnePlus 7 and 7T series since January and now the company has released the fourth beta as well.

OnePlus announced the release of the OxygenOS 11 Open Beta 4 update for the OnePlus 7 and 7 Pro as well as the 7T and 7T Pro around an hour ago on its official community forums.

This new update does not bring any significant bug-fixes or improvements to the OnePlus 7 Pro, 7T, and 7T Pro.

However, since the OnePlus 7 did not bag the third Open Beta update, it has now received a bunch of fixes and improvements through the latest beta update.

The changelog is identical for the OnePlus 7 Pro, 7T, and 7T Pro. Check it out below:

Here’s the changelog specifically for the OnePlus 7:

Note that the bugs and issues that have now been fixed for the OnePlus 7 were already fixed for the other three devices mentioned above via the Open Beta 3 update.

Earlier we had reported that the delay with the release of the Open Beta 3 for the OnePlus 7 was due to issues with the Always on Display (AOD) feature.

Now, according to the changelog, the AOD function has been enabled with the update. The same was also mentioned with the Open Beta 3 update for the OnePlus 7T. More on that here.

With the release of the fourth beta, it’s clear that the stable OxygenOS 11 update for the OnePlus 7 and 7T series is around the corner.

So stay tuned to our dedicated tracker to be the first to know when the stable OxygenOS 11 update goes live for our OnePlus smartphone.

IST 15:26 pm: The download links to the OxygenOS 11 Open Beta 4 builds for the OnePlus 7, OnePlus 7 Pro and OnePlus 7T and Pro are now available. 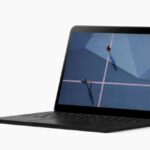 Some Pixelbook Go & other Chromebook users unable to type in password on login screen; ChromeOS team working on a fix