MangaDex, one of the big scanlation sites, has announced through their official twitter account a temporary shutdown. The Mangadex shutdown will last for 72 hours or roughly three days. According to the announcement, the main purpose of the temporary shutdown is maintenance. Manga readers and scanlators alike who patronize this website expressed disappointment about the MangaDex shutdown that’ll last for three days. But this might be a good thing as MangaDex also announced a move to a new hosting service.

Unlike most scanlation sites, MangaDex serves as a hosting site for scanlators to upload their work. MangaDex is run through a donation system and is essentially non-profit. Many manga readers, individual and group scanlators patronize MangaDex because it recognizes the source of scanlations.

In contrast, many scanlation sites act as aggregators, collecting other scanlators’ content without due credits. They then make a profit out of it through ads or sometimes charging readers to download the content. 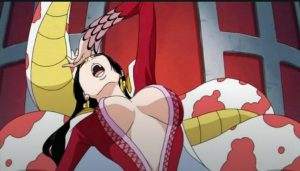 MangaDex may be popular with its users, however, it was not always smooth for MangaDex and other scanlators. Around June of 2019, a number of scanlators took down their scans from MangaDex. They accused MangaDex of the possibility of slicing from their income through their scans.

This issue began when rumors about MangaDex going legit broke out.

Since MangaDex increased in popularity, many users patronizing the site concocted the idea of making it a legitimate manga reading website. This is mainly because more manga readers appreciate the better quality and more accurate content in MangaDex. MangaDex, however, maintained that the main reason for scanlators pulling out from their hosting site is greed. If MangaDex would indeed be a legitimate manga reading site, they would be forced to charge scanlators for the maintenance of the website.

What are other alternatives?

With MangaDex shutting down temporarily, manga reader again scram for alternatives. MangaDex became one of the main resources for manga readers ever since the permanent shutdown of mangastream and jaiminisbox giving up shonen jump titles. For now, our favorite manga can be accessed through their official retailers like Viz Media, Manga Plus, ComicWalker, BookWalker, and ComiXology. These are some of the legal platforms where we can read manga for free.

For those looking for scanlations, available sites include mangasee, mangakakalot, manganelo, and mangapanda. Lastly, there are more scanlation sites out there that can be easily accessed by searching for manga titles like One Piece.

It’s relieving that Mangadex is back online. But there are a few things that need to be noted. To begin with, the website has undergone a domain change, so the older chapters (the ones uploaded before the host change) won’t be available at least during this week.

Here’s how Mangadex explains it:

Our .cc domain is temporary for now. Our .org domain was acquired via our reseller, who has removed us from CF and have stopped supporting us due to legal pressure. .org will be unavailable until the transfer to our new provider completes.

Due to the length of time it takes to move the domain, older chapters aren’t available just yet. It will probably be the beginning of next week before they’re available but we’re hoping the move will complete before the weekend is over. You can, however, upload new chapters, comment on old chapters, etc., etc.

Apart from that, the donation method is no longer available, though alternatives are being looked for. Also note, that due to the domain change, the reader settings have been reset to the default ones. And lastly, here’s what they have to say regarding uploading the official chapters:

To anyone paying attention to the news, the Boruto chapter in question was an official English rip. Uploading official chapters has always been against our rules, and we’d appreciate your continued assistance in reporting any content that breaks our rules in the future.

Going by the reports surfacing on micro-blogging site Twitter, Mangadex is down and not working at the moment. The service is throwing 502 bad gateway error. Here are some of the reports:

I’m in hell. Mangadex is down
source

Unfortunately not; We’re not dropping the series though, but due to MangaDex outages we can’t upload right now Smiling face with open mouth and cold sweat
source

As for an official word on the matter, the issue has been confirmed by @MangaDex on Twitter. Here’s what they said:

Unfortunately, it would seem we are in the need for some emergency downtime Face with head-bandage

The service is back up. Here’s the explanation provided by Mangadex:

MangaDex is back and we have an announcement to make about why it was down on the first place (Spoiler: it was a data breach…).
Please read on https://mangadex.org/thread/446243

Not a plaintext password breach, they were hashed/salted in a way that’s impossible to undo.

Either way, using the same password on twenty different websites is definitely not encouraged…

While Mangadex is down for maintenance with no ETA for fix, the service providers are trying to make their users aware of the fake sites. Here is what they have to say:

While our site is down for maintenance, please remember to avoid any fake phishing sites that might pop up during this time. Our only official domains are:
http://mangadex.org http://mangadex.cc http://mangadex.com
(Still no ETA until we can bring the site back up).

If you suspect you have used your user credentials of any of these phishing sites, change your password immediately and preferably enable 2FA.

MangaDex will remain offline for 2+ weeks or until the v5 version of the website goes live. This new site is being re-written from scratch and will be released with only the essential features. Check out all the details here.

Mangadex has shared more details regarding the current status of v5 of the site wherein it has confirmed that the team has made significant progress. Check out the complete details here. 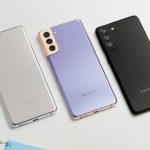