Google support unaware of Assistant's "Sorry, I don't understand" issue on Home/Nest devices despite the many reports

Getting hold of Google’s hardware products isn’t as easy for everyone across the globe as folks in select markets like the U.S., UK, Canada, and even partly India for that matter.

But despite the odds, I have had the Google Nest Mini for a few months now. No doubt I love it, especially the few extras that tag along compared to the Google Home Mini.

Sure, the Nest Mini looks exactly like the Home Mini, but on the inside, you are getting three instead of two microphones for improved far-field detection.

The Nest Mini also supports ultrasound sensing and has an option to call speakers from the Home app using Google Duo on your phone, among other stuff.

Everything was going according to plan until a few days ago when I started experiencing this strange issue just before running my daily routines.

For some reason, the Assistant on my Nest Mini gives me a “Sorry, I don’t understand” error a second or so before running the lined-up routine.

This happens so often that it’s become annoying. And no, it won’t go away even after doing a complete reset of the Nest Mini.

My frustrations grew even more when I took to Twitter to ask Google support about it.

After taking me through a series of not-so-useful queries, Google support moved our conversation to a private space only to continue bombarding me with equally unhelpful suggestions.

Of course, with the workarounds being suggested proving to be useless to my case, I sort to ask Google how widespread the Google Assistant “Sorry, I don’t understand” issue could be.

And according to the guy behind the Made by Google Twitter account, I am the only Assistant user who is currently experiencing the said bug.

Thanks for letting us know. Our team isn’t receiving similar report getting “Sorry, I don’t understand” message when running Routine. How true is this? Well, I went further and looked into the Google support forums only to come across numerous reports from other Google Home/Nest users experiencing the same issue.

In fact, the annoying “Sorry, I don’t understand” issue has been doing rounds for a while now and is not just limited to routines, but also general Google Assistant commands.

What baffles me is the claim by Google support that Assistant users are not experiencing anything related to “Sorry, I don’t understand” issue yet plenty of reports exist in the forums.

Regardless of the many workarounds and troubleshooting I tried, nothing seems to bring back my Nest Mini to its original state.

And with Google claiming there are no similar reports out there, it seems I may have to get used to this error message going forward, unless you guys can come to my rescue.

How? You may ask. Well, the most efficient way of making sure Google acknowledges and addresses this issue is by filing as many reports as possible via the feedback tool in the Home app.

For those experiencing this same issue, feel free to join the conversation via the comments section below, including sharing any possible workarounds. 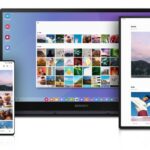