The Redmi Note 8T has to be one of the most confusing offerings from Xiaomi to date. The device is virtually identical in terms of specs to the Redmi Note 8 that was released a few months before it, but still manages to have a unique codename and slightly altered dimensions. Now, the Redmi Note 8 is being treated to Android 11 beta builds on a regular basis as part of the Chinese MIUI 12.5 beta testing program. It isn’t exactly clear if the device will ever bag MIUI 12 based on Android 11 but let’s just leave that bit for now.

And if the Redmi Note 8 has been undergoing beta testing, then the Redmi Note 8T should be too right? Well, not in this case, unfortunately, as the Note 8T still hasn’t got a taste of either Android 11 or MIUI 12.5.

Again it is highly odd that Xiaomi is releasing Android 11 builds solely for the Redmi Note 8 and not rolling them out in a unified manner. But hey, Xiaomi is Xiaomi and their motives can get beyond our understanding sometimes.

Therefore, doubts about the Redmi Note 8T’s Android 11 eligibility have been doing rounds around its users’ minds for quite some time now. And while there is still no definitive answer, a Xiaomi community mod has shed some new light on the matter.

This indeed is quite odd considering that the Redmi Note 8T was confirmed by several sources [1, 2] to be eligible for Android 11.

However, even making it to Xiaomi’s official list doesn’t exactly guarantee anything. For example, we had seen in the past how Xiaomi shelved MIUI 12 update plans for several budget devices.

Heck, they have seemingly even dropped support for a flagship level device without giving a single Android version update. The poor old Mi MIX 3 5G is still pathetically stuck on Android Pie – the very version it came out of the box with.

Keep in mind though that this little speculation sounds pretty far-fetched by Xiaomi’s standards and we wouldn’t really count on it too much. It still is a ray of hope nonetheless.

That said, for now, stay tuned to our dedicated Xiaomi Android 11 update tracker so that you don’t miss out on any new developments. 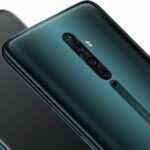