Google Assistant is among the best digital assistants across the globe but users are having a tough time with it lately.

Not long ago we reported about the “Sorry, I don’t understand” bug and now another peculiar issue has come to light. According to multiple reports on the Google Support community and other online platforms, users are getting a prompt when the assistant voice command to make calls is given.

When a voice command to a make call is given, Google Assistant is asking users to make a choice between Dialer or WhatsApp.

It is unclear what is causing this glitch as Dialer (Google Phone or other OEM dialer apps) is usually the default phone app on Android devices.

it all of a sudden asks if I want to use Dialer or Whatsapp to make calls.
Source

When making a call through Google Assistant, I am now asked whether to use Dialer, Duo or WhatsApp.
Source

Moreover, some reports even outline that Google Assistant is asking to choose between Dialer, Duo, or WhatsApp.

This issue is preventing users from easily making any calls using the digital assistant but it seems that a fix might be in the works.

As per a Google Support community Product Expert, the issue has been escalated to the relevant team.

However, there are also multiple reports which suggest that Google might have fixed the issue already.

Google Assistant has been surrounded by several issues including the ‘ghost’ or duplicate devices bug.

Nevertheless, it is good to see that the tech giant is not turning a blind eye and is working tirelessly isolate such issues.

Hi, it has been solved. It works properly now. Thanks everyone!
Source

That said, we will be back with more such stories once new information becomes available so stay tuned to PiunikaWeb.

In the meantime, you can go through our dedicated Google section as there are more such stories related Android and other offerings from the tech giant. 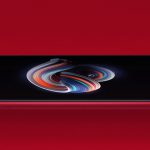