Google writes some of the best software, no doubt about that. In fact, the company is primarily known for how good its software services are, but this hasn’t stopped Google from trying its luck in hardware.

Google pretty much has some sort of hardware offering in a good number of markets that are not limited to smartphones and their accessories, the smart home, and even computers.

Essentially, Google uses its hardware products to showcase how it intends the software it writes to run out of the box. The Pixel phones, for instance, represent what Google wants Android to look like.

But we all know the open nature of the platform means third-party OEMs have room to tinker the stock appearance into something they like — the reason we have One UI, OxygenOS, MIUI, ColorOS, and so on.

Despite its adeptness in the field, not even Google software is immune from some strange bugs that pop up from time to time. Take the latest Messages app glitch, for instance.

Apparently, multiple Google Pixel smartphone users are experiencing a strange glitch when they switch between Android Messages and other apps using gesture navigation.

It might be one of those bugs you never knew you had, so yeah, how about try it now? Here’s what is happening to affected Google Pixel users.

Gesture based navigation must be on. Bring up any app. Go to home. Bring up Messages (default SMS app). Gesture swipe bottom of the screen to switch back to the first app. Every single time you do this, whatever conversation is on the bottom of the window will be “selected” as though you had just long-pressed it, and when you come back to the messages app you will be in “select multiple messages mode” so anything you touch will get the blue check mark as though you are attempting to delete a bunch of messages. I don’t have similar issues with any other app.
Source

Anybody having an issue on the pixel 5 when using gesture commands? Using gesture commands to slide to the previous app results in the bottom chat thread being hold clicked to a check mark. I still switch to the previous app, but on return to the messages app i am in “select mode” and can’t return unless I uncheck the selected thread. I’ve tried clearing the cache and data on the app, uninstalling all updates and reinstalling them. I am not in the beta for messages and I’m running the latest production software.
Source

Most of these reports have just started showing up in recent times, with affected Pixel users pointing fingers at the March 2021 security patch as the culprit.

Make no mistake. While the reports above might suggest the issue only affects Google Pixel 5 users after the March security patch, it’s in fact possible that the issue started earlier, only that not many noticed it.

Also, the issue could be more widespread than thought, with reports from Pixel 4, Pixel 3 and Pixel 2 series users also showing up.

I just tested doing that on my Pixel 3 and had the same thing happen. I’d never noticed before. I guess that’s just another little quirk that comes with gestures. I can’t see a way to prevent it from happening, google will have to fix it with an app update I think.
Source

I have this same thing on my Pixel 4XL and it drives me bananas!!
Source

Are you using the beta of Messages? I ask because I’ve just discovered this same thing happens on my Pixel 2, Oct ‘20 patch, Nova Prime.
Source

With reports potentially dating back to October 2020, it’s hard to tell when exactly Google Pixel users started noticing the Messages glitch when they switch apps with gesture navigation enabled.

Another possible workaround would be to disable gesture navigation and return to the 3-button navigation, an option most people are not willing to take.

Since Google has yet to make any official statement on this, we can’t really be sure what’s triggered the glitch. We will be keeping an eye on it for further updates so stay tuned. 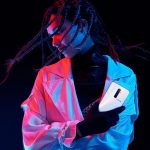