It’s been over a year since the first reports from affected Ford Sync 3 owners started showing up regarding the lack of audio (sound) for incoming calls when connected via Android Auto.

For such an important function of Android Auto, you’d imagine that both Google and Ford should have sprung to action and addressed the issue long ago.

However, it’s only a couple of days ago that a Google support community specialist came out to acknowledge the Ford Sync 3 Android Auto incoming phone call issue.

Going by the screengrab above, the issue was first spotted by a Google Pixel 2 owner, but a quick scan through the thread reveals other Pixel devices and vendors were also affected.

Same here, Pixel 3XL. I receive a call and no audio in or out, I have to switch to handset to be able to speak with the caller. It’s not listed in the known issues section. Would be nice if it was fixed sooner rather than later. Outgoing calls are not affected. 2017 Escape Sync 3.

I’m having the same problem with a Samsung S20+. Phone calls are great with just SYNC but not Android Auto.

By the look of things, even those using Samsung, OnePlus, HTC, Xiaomi and other phones have this issue, which pins down the bug to Android Auto.

And indeed, responding to the forum thread that has existed since 2019, an Android Auto community specialist notes that guys at Ford are currently investigating the “answering incoming calls” issue.

While there is no known release date for the bugfix, the same specialist notes that the Ford team has shared a workaround for the time being. We have captured it below.

This solution should work for all affected users, at least until an official fix is released. We will keep our eyes open and let you know when the bug-fixing update rolls out.

It is possible that the fix will be part of the planned Ford Android Auto update for Spring, so also watch out for this particular version when it arrives.

05:07 pm (IST): One individual claims that installing the new Sync version 3.4 Build 21194 fixed the problem on their end. Thus, if you were facing the same problem, we’d suggest doing the same. 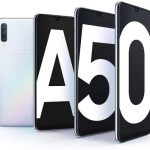 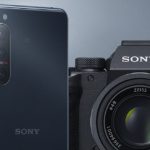