The Samsung Galaxy S21 lineup has set the bar for Android flagships this year. Samsung has equipped these devices with the best hardware and its latest One UI 3.1 skin that brings forth a bunch of new features and improvements over previous skins.

Samsung has gone all out with the Galaxy S21 Ultra that sports a 6.8-inch Dynamic AMOLED 120Hz display and a quad-camera setup with a 108 MP primary sensor along with a 40 MP front-facing shooter. While the camera specs on paper are impressive, the Galaxy S21 Ultra scored lower than the Galaxy S20 Ultra in a recent DxOMark test with an overall score of 121 points.

That being said, the Samsung Galaxy S21 Ultra camera has turned out to be a bigger disappointment for some individuals who are unable to use the Portrait mode feature on the device.

As per reports from users on various social platforms and the company’s community forums, they get a ‘Find a face’ message when trying to click Portrait mode images.

I am having the exact same issue. Selfie Camera does not find face, back camera does. (Source)

Portrait mode can’t find my face also I got my first camera fail, any fixes for this? (Source)

I have been having the same problem with portrait mode selfies. A reboot fixes it but only for a few hours maximum. I even did a factory reset and the problem is still there. Extremely frustrating. (Source)

According to some users, the Camera app does not recognize a face when using Portrait mode with the front camera while others claim that it does not work with the rear camera.

An individual has also shared a screenshot of the Portrait mode ‘Find a face’ message in action on the Samsung Galaxy S21 Ultra using a picture on a screen, however, has confirmed that the message even pops up when clicking images in real life.

Most individuals who have been experiencing the problem say that a quick reboot often fixes the issue. However, some say that the ‘Find a face’ message starts popping up again after a while.

Another user reports that they somehow managed to fix the problem by putting apps in deep sleep. This is a rather bizarre workaround since it’s unclear how other apps might prevent Portrait mode to function on the Samsung Galaxy S21 Ultra.

so i was having the same issue, i slowly start putting apps in deep sleep, and then it started to work perfectly… now i wish i could narrow down which app is affecting it, because it def a 3rd party app because with most of my apps in deep sleep i havent had the issue anymore, also it worked fine in safe mode. (Source) That being said, if rebooting your device or putting apps in deep sleep does not solve the problem, there still might be some hope since an individual has claimed that Samsung support confirmed with them that this is a bug and it will be addressed in the next update.

I just got a message from a Samsung tech saying it’s definitely a bug and it will be fixed in the next update. :\ (Source)

Unfortunately, we have not come across any public statement from the South Korean giant regarding the Portrait mode issues on the Samsung Galaxy S21 Ultra.

We will update the story once new details surface regarding the problem. Meanwhile, you can check out all the bugs and issues that have been spotted with the One UI 3.0 and One UI 3.1 updates by heading here. 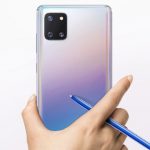