Many users have been reporting that Google Discover is not working for them for the past couple of days. They are instead greeted by an “It looks like there was an issue signing into your account” error upon opening the feed.

Upon a second look, it has also been found that the issue isn’t just limited to the Google Feed alone. Rather, the same error shows on the Google app too.

Multiple users across the globe are facing issues with the Google discover feed.Apparently the February 2021 security patch is the culprit that is causing a sign in error. Nokia/oneplus/vivo/pixel/xioami users are facing this
Source

Not able to load the Discover feed. It keeps giving me the error “It looks like there was an error signing in to your account”. I saw similar issues reported by other users in this forum last year
Source

In other words, the Google app is down for some reason, at least for some users [1, 2, 3, 4, 5, 6], and no one is sure why. Luckily, I am one of the fortunate ones because everything seems to be working just fine at my end.

Moreover, the issue isn’t just limited to a single or even a couple of devices as there have been reports of it from Nokia, OnePlus, Vivo, Google, and Xiaomi phones.

Thus, many users have suspected that the February update is the one to blame since it was only recently released for a plethora of devices. That doesn’t seem to be the case though given that the issue is only affecting certain accounts.

Many users have observed that Google Discover starts working just fine once more upon switching to some other account. Unfortunately, the true culprit is impossible to point out at the moment given the lack of evidence.

Nonetheless, the good news is that the matter has already been escalated to the Google Search team for investigation.

Thus, if all goes well, the error should disappear on its own quite soon without requiring any intervention from your end. After all, the likelihood of it being a server-side glitch is quite high.

For now, there isn’t much that can be done apart from waiting or perhaps temporarily switching over to another account on Google Discover. 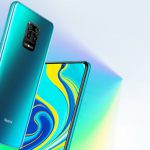 Some Redmi Note 9S users report extremely low volume through microphone; issue escalated a while ago but no fix in sight 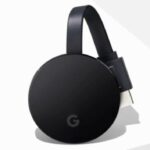