The dislike button is designed to assist YouTube in recognizing viewer sentiment and adjust engagement accordingly on a particular video.

It is also a great way for viewers to vent their vexation in case a video doesn’t live up to their expectations or doesn’t align with their viewpoints.

And for the YouTubers themselves, well, it is the simplest means of knowing how well their video is going down with their viewers. Who knew a function as negative as a dislike button would turn out to be such a win-win for literally everyone?

Nonetheless, this useful little feature has been malfunctioning for many people for the past couple of months and this is pretty clear from a slew of complaints, some of which are given below:

How is there a negative number of dislikes?? Does anybody how that’s even possible?
Source

As clear from above, certain YouTube videos are now mysteriously showing likes/dislikes with a negative number which have perplexed many users. Now, upon a first look, it may look like YouTube has taken the path of Reddit and introduced something similar to upvotes and downvotes.

However, this obviously is impossible since YouTube doesn’t really show a single unit for the total amount of votes on a video. Rather, likes and dislikes are separate values.

Therefore, the only thing that would make sense is that negative dislikes are actually just a fancy way of showing likes. Perhaps, YouTube algorithms occasionally get so pleased with the performance of some videos that they invert their dislikes into likes.

Quite unfortunately though, this isn’t really the case. A terrible disappointment indeed. The most plausible explanation for it all is that negative dislikes are simply just a bug and are only visual in nature. Hence, they should not really cost YouTubers in terms of engagement. It’s still an annoyance nonetheless and should be fixed immediately.

However, for a bug fixing process to get set into motion, the team should at the very least acknowledge its existence first. This, regrettably, hasn’t been the case.

Team YouTube did drop a workaround though that may serve well for those looking for a way to make the negative dislikes go away:

While the root cause of this bug is currently unknown, one of the things that trigger it has actually been found. You just need to spam the like and dislike button alternatively at a rapid rate.

And if all goes well (or should I say unwell?), you will see the number of dislikes hit a negative number. This little trick isn’t valid for all videos though. Check this video out for reference.

That said, be sure to keep an eye on our dedicated YouTube bugs/issues tracker for further coverage on matters like these.

In fresh reports doing rounds on the web, it is now emerging that YouTube users can now hit both the like and dislike buttons at the same time, at least for those on desktop.

We have also been able to reproduce this behavior on at least three Windows 10 devices, which could imply the issue is likely widespread. We will wait to hear from Team YouTube, hopefully soon.

YouTube has fixed the issue where both the like and dislike buttons got highlighted at the same time. 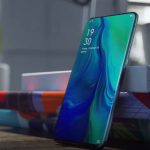 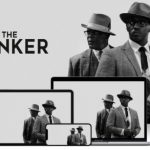