Some users have begun reporting that they are no longer able to access the TV provider setting on the Apple TV and other supported devices.

The option to enter your TV provider details and get to watch your favorite shows on a wide range of Apple products is as convenient as it can get. 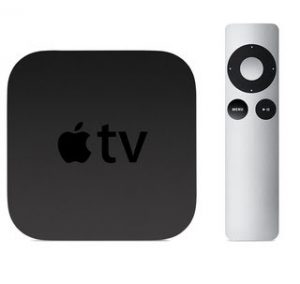 Naturally, the sudden removal or rather disappearance of the TV provider setting has left many iPad, iPhone, and Apple TV users on the latest iPadOS/iOS/tvOS 14.4 update perplexed.

Some have taken to Twitter, Reddit, and other social platforms to raise concerns regarding the problem in hopes of an explanation or a fix.

We’ve shared some of these reports below for reference:

Thought I was going nuts. It sure did disappear. Also disappeared from my iPhone on latest software. Totally ridiculous (Source)

@AppleSupport it appears that TV Provider has been removed from Settings in latest iOS and on TV. Can you confirm this and what the replacement is? (Source)

TV Provider is missing from my iPhone and Apple TV as well. Always had it before. Haven’t moved, changed location, anything. (Source)

Most reports of the problem appear to have begun recently, thus suggesting that the issue is related to a recent software update and is unlikely due to an error by any TV provider.

The Cupertino-based tech giant has not yet acknowledged the problem publicly and user queries to Apple Support on Twitter have not yielded any fruit.

One individual claimed that they noticed the option was missing only on their Apple TV on tvOS 14.4 which had multiple accounts signed in.

However, after deleting the accounts and resetting the Apple TV, the TV provider setting returned.

In case you haven’t managed to figure out a fix for the problem, we’d suggest giving this possible workaround a shot. Although, we’re yet to see any confirmation from others claiming that this fixed the issue.

That being said, we will keep track of the situation and will post an update once new details surface regarding the missing TV provider setting on Apple devices on iPadOS, iOS, or tvOS 14.4.