Android 11 has been out for the better part of the last quarter of 2020. In that period, we’ve seen a couple of devices from various OEMs bag stable releases of their respective custom Android 11 skins.

We have been closely following that rollout and you can check out our dedicated Android 11 tracker for a more detailed look at how Android 11 has rolled out to eligible devices.

Not to be left behind, Chinese OEMs such as Oppo and Vivo have been striving to develop, test and roll out their respective Android 11 custom Android skins to their eligible devices, all at different paces.

At the time of writing, Vivo had managed to roll out its Android 11-based custom Android skin, Funtouch OS 11, to the Vivo iQOO 3 and Vivo V20 Pro 5G with even more still in development.

Recently, we saw the company come out to announce its Android 11 plans for its eligible devices. In the roadmap, the company outlined how it plans to release various developmental builds for devices such as the V19, V17, V15, S1, Z1x, Z1Pro and more.

So what do we know about these devices and their status in regards to Android 11-based Funtouch OS 11? Well, first up is the Vivo X50 Pro.

Vivo isn’t exactly the most communicative company when it comes to its backend processes that go into building and testing its software for eligible devices.

Luckily, the company recently announced that it has commenced Beta testing program for the Vivo X50 Pro. The device was unveiled back in June 2020 with Android 10-based Funtouch OS 10 out of the box.

The Vivo X50 is the slightly watered-down version of the X50 Pro and that device, according to the same reports, is in line for an update that should bring the Beta version of Funtouch OS 11 (Android 11) sometime later this January. Also set to get a Beta build of Funtouch OS 11 this month is the mid-range Vivo V19. This means that these devices should bag these initial Android 11 builds sometime in the next 2-3 weeks.

We shall continue to keep an eye on this story and update as and when we get more info so you might want to stay tuned for that.

Interestingly, we saw reports indicating that the Vivo X50 should get OriginOS (Android 11) by the end of January. It remains unclear whether that’s a China-exclusive but we will be sure to update you as soon as we get clarification on that.

Vivo has started rolling out the beta version of Funtouch OS 11 based on Android 11 to the Vivo V19 in India. See details here.

For those who are wondering why their Vivo V19 units are yet to bag the update to Android 11 released a while ago, support guys say it’s because the firmware is still under greyscale testing.

That said, the wider rollout can be expected once the testing process is complete, hopefully in the next couple or so weeks. Details here.

The Android 11 update with Funtouch OS 11 is apparently under greyscale testing for the Vivo X50 as per the details shared by the company’s official channels. Head here for the full story.

Vivo has confirmed that the Funtouch OS 11 update based on Android 11 has begun rolling out for the Vivo X50 and Vivo X50 Pro. Head here for all the details.

NOTE: We have these and many more Vivo stories in our dedicated Vivo section. To check out the overall progress of Vivo with regards to deployment of Android 11, check out this tracker. 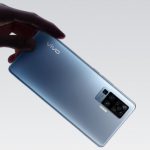 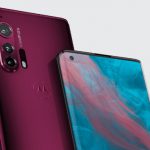 [Update: Verizon model gets it] Motorola Edge+ Android 11 update to be released on March 23