NOTICE: We’ve compiled a comprehensive Android 11 update tracker – that will be updated frequently continuously – to serve our readers the latest information regarding Android 11 release on devices by major OEMs and carriers of the US, UK, Canada & Australia.

Google released Android 11 in September last year and most smartphone vendors have started rolling out the new Android version along with their custom skins to eligible devices.

Mobile carriers such as Rogers, TELUS, Fido, Koodo, and Bell have also begun rolling out Android 11 to devices for which OEMs have released the stable update. 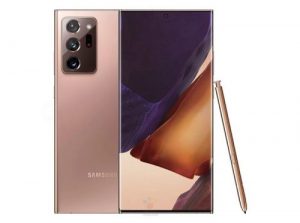 Of course, there are always some exceptions but this is what has come to be expected generally.

Canadian mobile carriers such as Fido, Rogers, Koodo, and TELUS share their software upgrade schedules with the public. Thus, users aren’t left in the dark about when they will receive a software update on their device(s). To make things easier for you, we’ve also rounded up all the Android 11 update eligible smartphones from the four major carriers in Canada — Rogers, Telus, Fido, and Bell.

And in this post, we will keep track of the Android 11 rollout for devices from Rogers, TELUS, Fido, and Bell in Canada.

Simply head to the section of the mobile carrier for which you wish to know the status and availability of Android 11 for eligible devices. The article will be updated regularly with the latest details.

10:50 am (IST): Rogers and Fido appeared to have started seeding the One UI 3.0 update to the Samsung Galaxy Z Fold2. The same has been confirmed by a couple of users on Reddit (1, 2).

10:35 am (IST): Samsung Galaxy Note 10+ users with devices on the TELUS/Koodo network are beginning to receive the update to Android 11 with One UI 3.0 on top as per fresh reports on Reddit.

12:55 am (IST): TELUS would be rolling out the One UI 3.0 update based on Android 11 for the Samsung Galaxy S10 series and Galaxy Z Flip in Canada on February 2. Head here for our detailed coverage.

06:35 pm (IST): Samsung Galaxy S10 users with unlocked models and ones from TELUS are now reportedly getting the One UI 3.0 update based on Android 11. The update was expected to go live by February 02, hence it’s no surprise.

11:42 am (IST): Galaxy S10e users in Canada making use of the Rogers network carrier are now receiving the update as well after Telus.

06:00 pm (IST): Koodo stuck to its plan to release Android 11 for the Samsung Galaxy S10 lineup on February 02. The update is rolling out with the build number FUA2 and also brings the January security patch as per details shared on SamMobile’s database.

07:30 pm (IST): Rogers and TELUS have confirmed that they will be seeding the Android 11-based One UI 3.0 update for the Galaxy S20 FE 5G on February 16 and February 17 respectively.

10:25 am (IST): Fido has updated its OS update schedule wherein it has listed that the Android 11 update for the Galaxy S20 FE will go live on February 16.

01:16 pm (IST): Koodo will be rolling out the Android 11 update for the Samsung Galaxy S20 FE today in Canada as per details shared by the carrier. Head here for more info.

06:15 pm (IST): It seems that the Android 11 update has been released for Samsung Galaxy A51 users with models from Bell in Canada. More on this here.

11:40 am (IST): Fido has confirmed that the Motorola Edge+ will get the Android 11 update on March 23. Head here for our detailed coverage.

NOTE: Clicking/tapping on a concerned section in the index below will take you to the section/table of your interest.

Note: The tables below are being updated regularly as and when a new update rolls out for any of the eligible devices.

P.S. Please note, the devices listed in the table above are based on eligibility and other factors. It’s our compilation and not the official one. So you may expect some changes depending on the course of the concerned OEM.