Google Meet is seemingly intent on giving a hard time to some of its users. The video conferencing service has had a string of issues in the past that you can access through our Google Meet section, if interested.

And now, there are a bunch of users complaining that video footage through the webcam on Google Meet appears to be zoomed in or cropped when on high-resolution mode.

Hi there – I have a strange issue with my ‘facetime built in HD’ mac desktop camera… the camera itself works fine and I’ve been using Google Meets without a hitch. However, the camera zooms in slightly when I ‘Join’ the meeting – the picture on every other video conference app I use (zoom/skype) is fine
Source

As clear from above, the issue is limited to the 720p resolution alone as setting it to lower resolutions like 360p corrects it immediately.

The platforms affected by this bothersome bug are Windows and macOS. There is no evidence to indicate that the mobile app is affected as well.

And no, there isn’t any issue with the users’ webcam or other hardware as many would suspect initially since everything behaves normally on other video calling apps like Zoom and Skype. Nonetheless, we have curated a list of things you may try until Google officially releases a fix for the same.

I think I just found that if you change the settings of your “Send Resolution” to 720p BEFORE entering the meeting (there is a menu in the bottom right of the video preview), it seems to keep the setting when you join.
Source

2. Use a different browser: As per the observations from many of the complainants, the issue seems to be limited to Chromium-based browsers like Microsoft Edge and Google Chrome. Thus, you might want to switch over to a browser like Safari if you are on macOS. The aforementioned are clearly not the most perfect of workarounds but are all that could be salvaged at the moment. Not much can be done apart from these until Google addresses the problem. For now, let’s just remain hopeful. 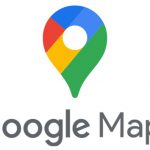 Google Chrome 88 Enterprise "chrome://flags/#allow-insecure-localhost" issue to be fixed in Chrome 89, but there's a workaround