The iOS 14.5 Beta 2 update has brought about a string of changes and feature additions to the Apple Music app that have improved the app significantly.

There are new swipe gestures, lyrics sharing support, and much more.

However, apparently, not every change brought about by the update has been good as there are now a bunch of complaints regarding a missing “Show Full Album” feature on Apple Music.

Users sometimes would want to only add certain songs from an album to their library. But the complete album could still be accessed from the album page itself.

However, with the iOS 14.5 Beta 2 update, this important little feature was removed. Users now have to search for the album to view all songs or navigate through artist pages.

Just check out the image given below for clarity. The “Show Full Album” has gone missing from the bottom of the album page on Apple Music.

For now, it is unclear if the removal is deliberate or is just a bug. If it truly is a bug, then a fix may be merged into a future iOS beta update which will effectively add the “Show Full Album” feature back once again.

However, if the removal is deliberate, then there is not much that can be done about the matter.

Except for one thing. Many users have been giving out feedback to Apple requesting the return of the feature. After all, its removal is clearly nonsensical.

Of course, you are free to do the same from here. This is the only way of making your voice to be heard by Apple and hopefully, it will actually work.

For now, be sure to keep an eye on our dedicated iOS 14 bugs/issues tracker for further coverage on matters like these along with their workarounds, if any. 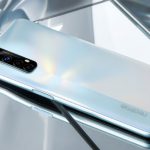