Several Google Pixel users report that they are bumping into a range of issues with Bluetooth connectivity wherein the car Bluetooth audio player doesn’t display important info and track controls.

And even if the missing audio controls do show up, they may not necessarily work, from both the display and the steering wheel buttons.

Since the update to the 5th December Security update on my 3A my in car skip track controlls appear to have stopped and I have reduced functionality with A2DP – i.e. Audio track presenting on in car display.
Source

Ever since obtaining my Google Pixel 5 in November, I have had issues with connecting it to car Bluetooth. I have been able to connect and heat audio through a car’s speakers, however I have not been able to see or control the tracks on the car’s multimedia screen.
Source

Moreover, the issue isn’t limited to a particular app as complainants have stated that it persists across all services and players like YouTube Music, Spotify, and others.

Furthermore, complaints have originated from almost all Google Pixels that are on Android 11 indicating that the issue may have something to do with the latest version of Android.

And while some users have indicated that the issues began for them following the December/January security patches, these updates may not be the real culprits since several complaints date before they were even released.

Nonetheless, if you are one of the users facing this issue, then we have a possible fix for you that has done the job for many.

You can do the same by heading over to Settings > System > Advanced > Developer options > Bluetooth AVRCP Version. Next, select an older version like 1.4 or 1.3, and following that, hopefully, the problem should be solved.

With that being said, if you are interested in more of such issues, then be sure to check out our Android 11 bugs/issues tracker. 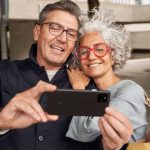 [Poll results out] Android 12 update: Do you like the new color-changing UI?