[Poll results out] What went wrong with LG smartphones (that were once a force to reckon with)?

The year is 2014 and LG has just announced its financial results for Q1. Year-on-year revenue jumped by 6% to $3.19 billion, with the LG G Pro 2 phablet taking some of the credit.

Even better was the forecast that LG was set to sell more smartphones — 15 million units – in Q2 thanks to the LG G3 that boasted a then head-turning 1440p resolution and optically stabilized 2160p (4K) video recording.

Indeed, the LG G3 didn’t disappoint, racking in 10 million unit sales during the first 11 months in business — a feat that ensured it was named the best smartphone at the MWC 2015 awards.

But then things started going south for the Korean tech giant with the G3 successor – the LG G4. While other competing 2015 flagships came with a Snapdragon 810 SoC, LG opted for the Snapdragon 808.

As if not enough, a few months after launch, multiple bootlooping reports started showing up, forcing the company to recall faulty units in droves in exchange for free replacement units.

This, however, solved nothing since many of the replacement units still had the same bootloop issue. If anything, this is where the relationship between LG and its smartphones users started going sour.

Not giving up, LG came up with what it thought would reignite the love for its smartphones. But to much disappointment, the modular LG G5 was a spectacular fail.

While it sure sounded cool on paper, no doubt the limited availability and use cases of the interchangeable modules played a huge role in the downfall of the G5.

A year later came the LG G6 to try and save the situation. A decent handset it was no doubt about that, but then LG repeated the same terrible mistake that happened with the G4.

At the time all premium smartphones were using the then newer and most powerful Snapdragon 835 SoC, but the LG G6 came with an older and weaker Snapdragon 821 SoC. Undoubtedly, this added another nail in LG’s coffin.

Effectively, this sent LG further down the pecking order, the result of which saw the company record a drop of 23% year-on-year in smartphone sales back in 2018.

With such results having become the norm since 2014, LG saw it right to change tact. And in came the ThinQ series of devices to complement the V series that debuted in 2015.

Still, not even this name change reversed LG’s fortunes in the smartphone industry, especially since no one really likes the new naming scheme. If anything, this new tag has had no value to add to LG phones.

With both the G and V line of devices performing poorly against the competition, there was only one inevitable outcome. In 2019, reports surfaced that LG will no longer make phones in Korea.

This was a major sign of the imminent downfall of a once smartphone giant. And indeed, it is now emerging that LG has plans to effectively quit the smartphone market for good.

Poor software experience at a premium

You’d be mistaken to think LG’s woes are limited to hardware, but nope! Google, for instance, makes phones with mediocre hardware, but due to the stellar software support, Pixels keep growing popular.

LG had the option to invest heavily in software support by providing regular updates and on time. But the company did the exact opposite, often lagging behind the competition in delivering major OS updates.

The company did establish a software update center to help speed up rollout plans, but this turned out to be a total waste of time and resources. No doubt the LG UX skin that sits on top of AOSP is not the heaviest around, but then again, it lacks big time when it comes to features and functionality compared to One UI, MIUI, and co.

To rub salt in the wounds, LG never blinked when it came to pricing. Despite the poor software experience and often poor hardware decisions, LG devices still attracted premium prices ala Galaxy S and Note devices.

A smart move perhaps would have seen LG price its devices at close to half the figures competitors asked for, but no one at the mobile division thought of this option.

This essentially meant they always played second fiddle to the competition when aftermarket value comes into play. The good thing is that prices always nosedived a few weeks/months after launch.

Besides the poor hardware and software decisions LG made over the years, another area that contributed massively to the downfall of LG is the poor or lack of marketing efforts for that matter.

Unlike Xiaomi, Samsung, OnePlus, Oppo or even Realme that often share teasers of upcoming products on social media and even keep close contact with fans in forums, LG keeps things to itself and hardly engages in clout.

We all know that publicity, negative or positive, is still publicity. For instance, the bootloop issue back with the G4 got LG on everyone’s lips. We saw the same with Samsung and the Galaxy Note 7 incident. But lately LG gets neither positive nor negative publicity, which is bad for marketing. Effectively, this means that LG lacks the market visibility other OEMs enjoy across Europe and North America.

All these factors combined are the reason LG mobile division is where it is at the moment. And while there is little the company can do to get back to its best, no one is to blame but themselves.

What are your thoughts? Do you think these or other factors led to LG’s downfall? Participate in the following poll and/or let us know in your comments below.

What went wrong with LG smartphones (that were once a force to reckon with)?

The results for the poll are out. While 43.6% of those who voted blame poor software, 38.5% say lack of proper marketing is the main factor that contributed in LG’s downfall.

It’s also worth mentioning that close to 18% votes went in favor of the ‘wrong hardware decisions’ option. In case you missed the poll, you can share your opinion in the comments section at the bottom of this page. 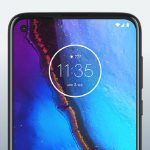 [Update: Released] Tired of waiting for Android 11 on the Motorola G Stylus? Here's how you can manually update your device