The Redmi Note series is undoubtedly one of the most popular offerings by Xiaomi. Therefore, there is plenty of buzz and excitement around the announcement of its latest iteration — the Redmi Note 10 series — which is tipped to launch next month.

Now, Xiaomi is not known to keep utter secrecy until their devices are actually launched. And going by the leaks, at least one of the devices from the series is expected to be powered by the Snapdragon 732G and have a 64 MP shooter.

There are also talks of a Pro variant but not much is known about it at the moment.

That said, what we do know now is that the Redmi Note 10 series may very well be the first Redmi devices to launch with the new Clone Mode on the MIUI Camera. This comes from a recent tweet by Manu Kumar Jain, Global VP of Xiaomi.

So what exactly is the Clone Mode and why is there so much hype around it? Well, it is an enthusiast feature that helps create copies of subjects, especially humans, within a single image.

However, the feature isn’t exactly easy to use to the fullest. That’s because it requires the device to be held super steady or pictures captured through the mode may end messed up.

It is advisable to use a tripod or perhaps place the device on a steady surface. If all goes well, you should see an amusing yet cool result as shown below.

Now, talks of Clone Mode have been doing rounds for quite a while now. We had begun seeing its first instances on the first MIUI 12 beta builds back in May last year.

Since then, the feature has only made it to a handful of high-end devices. And most low-end and even mid-range devices from the Redmi lineup continue to lack it, probably because it needs plenty of processing power.

But as clear from the tweet given above, that is set to change with the Redmi Note 10 series. The series will apparently come with the feature out of the box and thus may be the very first Redmi devices to do so.

Nonetheless, it is worth mentioning here that the Redmi K20 Pro already has Clone Mode. So, it’s a bit odd that the company executive has called the Redmi Note 10 series as being the first Redmi device to support it.

Anyway, now that the Redmi Note 10 series is tipped to come with Clone Mode support, we hope that it will make its way to other Redmi devices soon.

For now, be sure to check out our MIUI 12.5 update tracker for its status for your Xiaomi device. 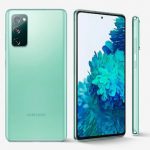 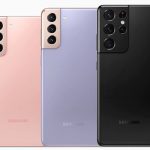